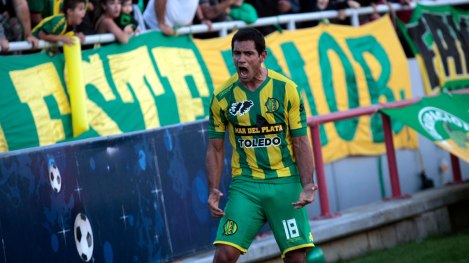 San Lorenzo were one of the leading pack before this weekend’s fixtures and so a meeting with Aldosivi was expected to see El Ciclón continue their title challenge with another three points. However, El Tiburón had other ideas and José Sand’s scrappy effort shortly before half time proved enough to punish what was a well below-par performance from Edgardo Bauza’s side. The crucial Libertadores clash against Danubio on Wednesday, no doubt on the minds and certainly the reason for a rotated side provides an explanation but not an excuse for a side with genuine title aspirations.

Los Cuervos were not alone in being shocked by newly promoted sides and although Racing left Mataderos with a point, their failure to score and defeat winless Nueva Chicago was a surprise. Understandly it was the champions, with their strike force of Diego Milito and Gustavo Bou that posed the greater threat but Chicago were able to hold firm and gain an unexpected point. Although Racing have not lost since the opening day, it was a fourth straigtht away draw and they have failed to win on their travels so far in 2015.

San Martín heaped further misery on Olimpo leaving the Bahía Blanca based club still without a win and rooted to the bottom of the table after a 2-0 win in San Juan. Marcos Figueroa poked in his third of the season to open the scoring and with ten minutes remaining, José Luis Gómez skipped around Nereo Champagne to double the lead.