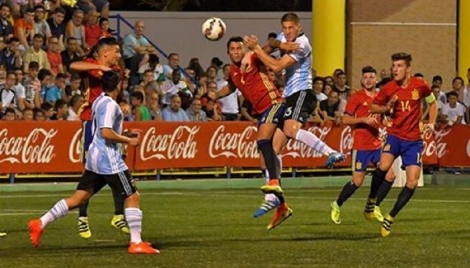 Just as the nation’s senior side have done before them on three consecutive occasions, Argentina’s under-20s slumped to defeat in the final in an international tournament as Spain came from behind to snatch the L’Alcúdia International title in extra time.

Luis de la Fuente made three changes at the break and Spain began to dominate in their search for an equaliser.

Just as it looked as though time would run out for La Roja, Jordan Gutiérrez levelled the scores and forced extra time and when Argentina had Matías Nani sent off three minutes into these added periods, the hosts were overwhelming favourites.

A disappointing result for Argentina but enough to suggest that there are more talented young players coming through the system in spite of its flaws.