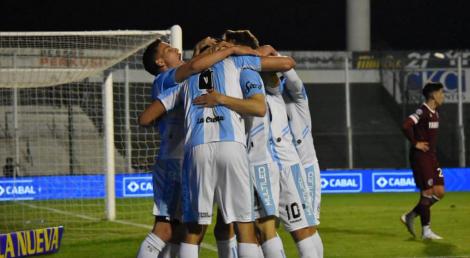 Watching a side that lifted the Primera title and reached the Copa Libertadores final being swiftly dismantled while dropping down the league has been a painful experience for Lanús supporters and on Wednesday a further embarrassment was dealt as defeat to Nacional B side Atlético de Rafaela saw El Granate eliminated from the Copa Argentina.

With Lautaro Acosta not risked in Junín due to injury, Lanús manager Ezequiel Carboni would still have expected his side to have too much for Atlético de Rafaela.

However, Mauro Albertengo fired La Crema in front after half an hour and less than ten minutes later doubled the lead with a simple tap-in thanks to more absent Lanús defending.

Forwards Jorge Pereyra Díaz and Sebastián Ribas were brought on at the break in an effort to fight back and when Fernando Coniglio almost immediately pulled one back that didn’t look out of the question.

Coniglio undoubtedly should have forced penalties when he found himself unmarked a five yards out from Leonel Di Plácido’s cross but the centre forward volleyed against the post and Atlético managed to hold on.

And so it is the Nacional B club who go on to play either Sarmiento de Resistencia or Unión in the last 16 while it’s another painful blow for Lanús.