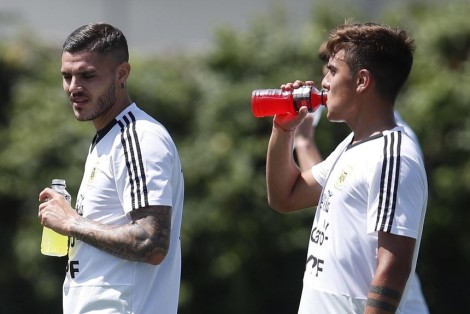 Last week was the 25th anniversary of Colombia’s historic 5-0 win over Argentina and while there is unlikely to be anything as shocking when the two sides meet on Tuesday in New Jersey, their friendly clash comes at an important time for both countries.

Argentina began the start of a new era under interim coach Lionel Scaloni with a comfortable win over Guatemala while Colombia, adjusting to life without José Pékerman in charge, secured a late win over Venezuela.

Now with a step up in opposition, both sides are aiming to bring this international break to a positive close.

For Argentina the first shoots of optimism appeared against the obviously far inferior Guatemala in Los Angeles last Friday and with La Albiceleste missing the many familiar stars that have graced the side over the past decade, it was a quietly impressive display during a bright opening 45 minutes that produced the game’s three goals.

The oldest average squad in Russia was refreshed with a young, dynamic side, who were clearly too much for Guatemala and require time and tougher tests to really begin to gel. Maiden international goals for Gonzalo Martínez, Giovani Lo Celso and Giovanni Simeone were the rewards for a hungry, fast-paced performance and many of Scaloni’s squad should play central roles in the Argentina side going forward.

Seven second half changes on Friday saw Argentina lose momentum and there could be as many changes to the side to face Colombia.

Most exciting could be the inclusions of Mauro Icardi and Paulo Dybala to the Argentina attack. Both could have played a more active role under Jorge Sampaoli but will now seek to cement places and while injury prevented Icardi and a late arrival stopped Dybala from appearing against Guatemala, Tuesday could be a first real chance to impress for them and many of these young players.

“Anxiety is controlled by playing more matches,” Lionel Scaloni said in his press conference. “There are players that are 18 or 19 years old and are capable of holding anxiety, for that reason they are great players.

‘We have to be able to maintain our concentration against an opponent that is among the best in the world. It is great that these kids can play against Colombia.”

Scaloni hasn’t confirmed his side but both could start with Franco Cervi, Maxi Meza, Rodrigo Battaglia, Fabricio Bustos and Franco Armani also pushing for starts.

“There are still a few doubts with the team but we have our own idea. I’d stress that any changes we make are not due to bad performances. We are very happy with [Giovanni] Simeone but in the case of [Mauro] Icardi we need his goals.

“Hopefully tomorrow we will have a great match but more than that we want to keep watching and adding more players,” Scaloni confirmed.

And it isn’t only Argentina under temporary guidance. Colombia have been under the watchful of José Pékerman for six years and having not qualified for the World Cup since 1998 prior to his appointment, the Argentinian coach’s record of guiding the Cafeteros to the knockout stages of the last two tournaments and a third place finish at the 2016 Copa América deserves enormous praise.

This summer’s last 16 defeat to England on penalties was a blow and Pékerman finally announced last week that he wouldn’t be renewing his contract, leaving Arturo Reyes in temporary charge of these friendlies.

A 90th minute winner by Yimmi Chará gave Colombia victory over Venezuela last Friday and Reyes will name another strong side against Argentina.

River Plate playmaker Juan Fernando Quintero will be the chief threat but isn’t the only Superliga representative – Boca Juniors’ Wilmar Barrios sits at the base of the midfield and rapid winger Sebastián Villa could come from the bench. 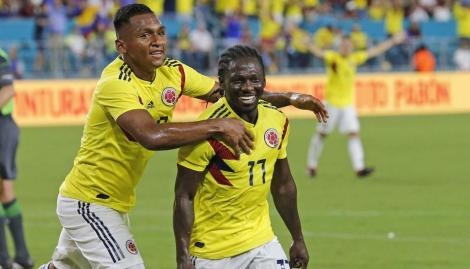 It may only be a friendly but aside from that 5-0 humiliation in 1993, Argentina have the edge over Colombia.

Unbeaten in seven meetings, La Albiceleste won 3-0 when they last met during World Cup qualification in San Juan and Colombia’s last victory came back in 2007.

From the 35 games played, Argentina have won 19, drawn 8 and lost another 8 but given Scaloni’s young side it could be a good opportunity for Colombia to reduce that.