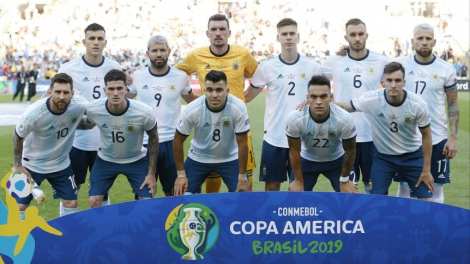 Argentina have not yet reached the level desired if they wish to go one better than the two previous Copa Américas but an improved performance was enough to see off Venezuela at the Maracanã. Plenty of positives for Lionel Scaloni and the question is now whether the Argentina coach makes changes ahead of Tuesday’s huge semi-final against Brazil.

The penalty stop against Paraguay has clearly boosted Franco Armani’s confidence and the River Plate number one is now showing something close to his close form for Argentina. A tremendous stop to deny Ronald Hernández when Venezuela were on top kept La Albiceleste in front but all afternoon Armani was commanding in his penalty area and transmitted that to his back four.

The supposed weak spot in the Argentina team, Juan Foyth came through the test and more than likely earned himself a continued starting role at right-back. Tasked with keeping Darwin Machís under wraps, Foyth was clearly beaten for pace but managed to prevent Venezuela getting joy down the wing thanks to some impeccably timed tackles – even if a few of those were treading a tightrope and millimetres away from conceding a penalty.

A return to the starting eleven and a solid display that kept Salomón Rondón quiet will see Germán Pezzella keep his place in the side. Strong in the air the Fiorentina defender kept the Venezuela attack at bay and during the first half caused problems from set-pieces at the other end.

Sharing duties with Pezzella to help lock down Rondón, Nicolás Otamendi produced his best performance of the Copa América at a crucial moment. Commanding aerially and strong in the challenge, the typically committed display was on show but gone were the moments of panic.

Another under the radar performance by Nicolás Tagliafico who has really made the left-back spot his own. Few chances to get forward but a good understanding with Marcos Acuña saw Venezuela have little joy down that side of the pitch.

One of the surprises of this Copa América has been Rodrigo De Paul and as Lionel Scaloni has gradually found his best eleven, the Udinese midfielder has earned his place in the midfield. Full of running and providing a passing option, De Paul was vital in support of Leandro Paredes but also got forward to link-up play.

As something of a converted number ten there will always be question marks over Leandro Paredes as a sole holding midfielder but against Venezuela, the 24-year-old was superb. A first pass forward, Paredes set Argentina in motion and his through-ball early in the second half to release Lautaro Martínez was exquisite.

Not an eye-catching performance from Marcos Acuña but a disciplined one that enabled Argentina to keep shape and allow others to fulfil their roles. Hardworking and intelligent, El Huevo carries out an important function that didn’t allow Acuña to shine offensively but aided the defence hugely.

One of Lionel Messi’s quietest games for Argentina but a positive that the team were still able to perform and emerge victorious. The captain led by example (not least by his singing of the national anthem) and worked tirelessly despite being crowded out and given some rough treatment by Venezuela. Messi himself stated he isn’t having his best tournament and complained about the state of the pitches but Argentina will need the best player on the planet back on form to topple hosts Brazil.

It didn’t result in a goal but there was no lack of effort from Sergio Agüero, who pressed from the front and ensured the Venezuelan defence had their hands full. It was in fact from two Agüero shots that Argentina scored, the first going off-target flicked in by Martínez and the second spilled by Wuilker Fariñez for Lo Celso, so even with his weaker attempts, Kun’s role was important.

Yet another breakthrough performance that makes it impossible to think about dropping Lautaro Martínez. The 21-year-old showed during the first half why he earned the nickname El Toro (The Bull) from a young age with a performance full of pace and power. A wonderfully taken goal gave Argentina the vital early goal but Martínez bullied the defence throughout and provided an outlet on the counter too – only the upright denied the Inter striker a second just after half time.

The final ball was perhaps as lacking as it ever is with Ángel Di María in an Argentina shirt but with La Albiceleste defending their lead, El Fideo did what was asked of him and stretched Venezuela on the counter. 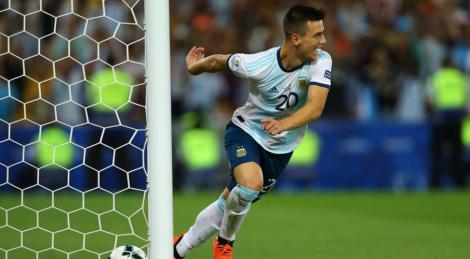 Having lost his place in the starting eleven, Giovani Lo Celso showed good attitude to replace Marcos Acuña with a little over 20 minutes remaining and almost immediately wrap up the win. The goal was a simple tap-in but the 23-year-old was alert to the opportunity and took his chance. Unfortunately Acuña appears to provide greater balance and so Lo Celso may have to be content with a place on the bench.

Paulo Dybala – Replacing Agüero very late on there was no time for Paulo Dybala to follow up on his previous bright substitute role. Given the success of the Agüero-Lautaro partnership there doesn’t look like many chances to start will come Dybala’s way anytime soon.

Handing starts to Marcos Acuña and Juan Foyth certainly paid off and Lionel Scaloni appears to have found his starting eleven now. The coach’s substitutions remain odd with Martínez arguably Argentina’s best player and Acuña balancing the midfield being taken off it appeared to hand the initiative to Venezuela but Lo Celso sealed the win and Scaloni gets a chance to prove himself against Brazil.