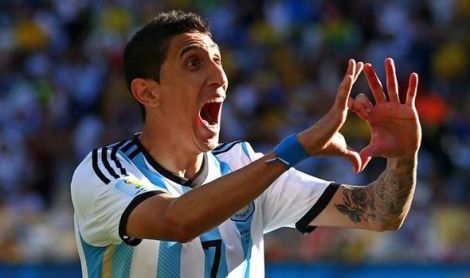 Di María not so keen on a move to Manchester after all?

The on-going Ángel Di María transfer saga reportedly took another twist with the Real Madrid and Argentina midfielder prepared to snub any potential Manchester United transfer over the club’s failure to qualify for the Champions League. A move from Madrid looks inevitable now but his agent has suggested that Di María’s priority will be to sign for a side playing Champions League football next season.

Real Madrid are looking to earn £40 million for the 26-year-old midfielder despite his heroics in helping Madrid recapture the Champions League last season.

Manchester United were one of the sides chasing Di María and had even agreed terms with the player according to earlier reports. However that now appears to be premature. His agent, Jorge Mendes has apparently contacted several other European sides but with the condition that his client will still be playing in the Champions League.

With Manchester United finishing seventh in the Premier League last season and out of all European competition, it is understood Di María would favour a move elsewhere. With league champions, Paris St Germain and Juventus also interested a move to either would now be more likely if they match Real’s valuation.

Real Madrid manager, Carlo Ancelotti is keen to retain Di María but the board are eager to sign Colombian, James Rodríguez and will need to fund such a move.

The transfer will rumble on for some weeks more, for now Di María has just a day left to prove his fitness ahead of the World Cup Final.