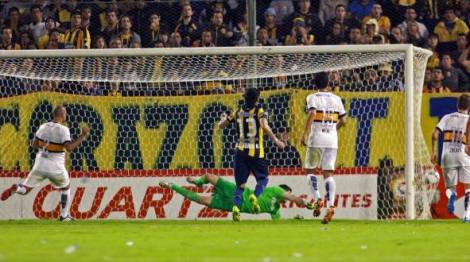 Rosario Central managed to salvage a draw against a resurgent Boca Juniors with the last kick of the game in last night’s Copa Sudamericana first leg. Leandro Marín’s cross-shot narrowly avoided the head of Andres Chávez but curled in at the far post to give Boca a first half lead. That looked to be enough to give Rodolfo Arruabarrena’s side an advantage going back to La Bombonera but Pablo Becker’s 95th minute free kick gave Central what might be an invaluable life line. The second leg will be played on September 17th.