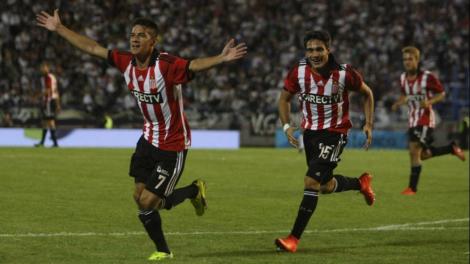 Expectations of the summer clásicos are never particularly high but the Clásico Platense in Mar del Plata on Friday evening more than exceeded those. Aided by some woeful defending, Estudiantes and Gimnasia battled out an entertaining 3-3 draw which saw El Pincha come back from two goals down to tie the game late on. With the Copa Ciudad de La Plata at stake penalties were needed to separate the two sides and finally it was Pablo Vergetti the unfortunate player to miss and hand victory to Estudiantes.

The first display of sloppy defending handed Gimnasia the lead early in the first half when Estudiantes were caught sleeping and a free kick from the other half was pumped straight down the centre allowing Maxi Meza to slot the ball past Navarro unchallenged.

Before long, El Pincha were level when Gimnasia failed to deal with a long throw into the box and Carlos Auzqui volleyed in the equaliser. Parity was restored only momentarily and Lucas Licht reestablised the lead for El Lobo from the penalty spot.

More sloppiness at the back allowed Meza to extend the lead but Estudiantes responded well. Little Luciano Acosta, on his debut since his move from Boca, pulled a goal back displaying a wonderful touch to bring the ball under control before firing into the net and in the last moment of action in the 90 minutes, Diego Vera headed in an equaliser.

The match went to penalties and ultimately came down to Pablo Vegetti’s powerful but ill-placed effort. The front man blazed his over and Estudiantes kept their cool before Israel Damonte converted the decisive penalty to claim victory.