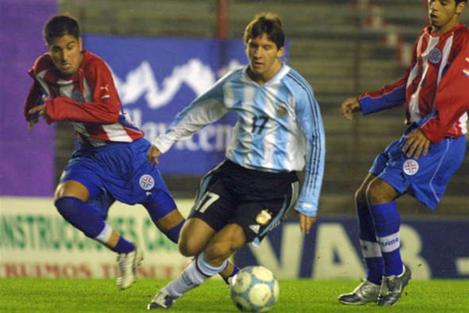 June 29th 2004 is a date of little significance to most but it was the day that Argentina safeguarded themselves against losing possibly the greatest footballer of all time. It may also be the best thing that Julio Grondona ever did for Argentine football.

Lionel Messi had departed Argentina for Barcelona when he was only only thirteen when few could realistically have predicted quite the player he would become and who in June of 2004 was yet to make his Barcelona debut. Messi had just turned 17 and it was reported that after impressing in Barcelona’s youth sides, Spain had called him for a forthcoming under-17 match.

Gerardo Solorio, one of the Argentina coaching staff learned of this and immediately spoke with Hugo Tocalli, who had worked under José Pékerman with the under-20s before taking over when he moved up to senior side. Armed with a VHS of Lionel Messi playing for Barcelona’s academy they went to see AFA president Julio Grondona at the Viamonte headquarters who said that they must not let Messi represent Spain.

To counteract this, Grondona quickly organised an under-20 match against a weak Paraguay side to be held at the stadium of Argentinos Juniors, where of course Diego Maradona had made his professional debut. They called Messi to inform him that he was being called and he accepted, journeying back to Buenos Aires on a cold June evening to make his first appearance for La Albiceleste infront of a miniscule crowd.

Messi came off the bench during the second half and scored what is now recognisable as a fairly typical Messi goal, darting between two defenders with a quick burst of speed before feinting his way around the goalkeeper to tap the ball into an empty net.

The rest as they say is history as eleven years on, Messi is now one of the select few players in the ‘100 Club’ and as fate would have it will lead Argentina out against Paraguay tomorrow night for a place in the Copa América final.

Cancha Llena provide the story from the perspective of those involved and present. You can read it here in Spanish…