2015’s champions and runners up, Boca Juniors and San Lorenzo endured a difficult preseason, which included Torneo de Verano defeats in their respective clásicos. This weekend signalled the start of the serious football and both of the Buenos Aires giants suffered stuttering draws to relative minnows.

Under Edgardo Bauza, San Lorenzo not only captured the Copa Libertadores in 2014 but last season they pushed Boca Juniors all the way in the title race, built upon the best defensive record in Argentina. Many criticised Bauza over his conservative approach but few could argue with his results. Pablo Guede replaced the now São Paulo manager and found the art of keeping clean sheets far more difficult during preseason. In Mar del Plata, Los Cuervos conceded seven goals in their three matches and worryingly this form has extended into Guede’s competitive football. Newly promoted Patronato, should really have posed little threat to San Lorenzo but a spirited performance earned the Rojinegro a deserved 2-2 draw. It is still early days for Pablo Guede but he must find a way of tightening the defence quickly. Too many more results like this and they could find themselves out of the title race already.

Boca Juniors also endured a pretty miserable preseason and after the highs of completing a league and cup double in 2015, Rodolfo Arruabarrena’s side were brought back down to earth with two superclásico defeats. There was little improvement on Saturday night and Temperley were good value for the draw as they frustrated a clearly out of sorts, Carlos Tevez.

Desperate for some form, Boca meet San Lorenzo on Wednesday night in Córdoba for the Supercopa. The winner will be hoping that it will bring some momentum ahead of the second round of Primera fixtures. 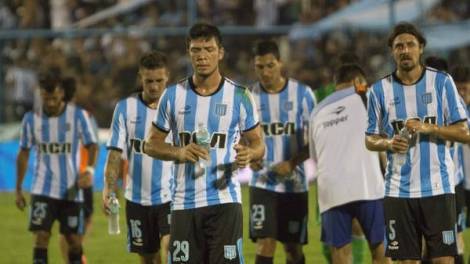 El Decano have not experienced Primera football since 1984 but after claiming the Nacional B title last season, they welcomed Racing to the Estadio Monumental José Fierro on Sunday night. The buoyant Tucumanos in attendance may have been excused for not expecting much against the 2014 Transición champions but with Facundo Sava’s side distracted by a Copa Libertadores playoff against Puebla, the newly promoted side scored a famous victory.

Despite the three points, Juan Manuel Azconzábal and his Atlético Tucumán side will know that there is still an enormous amount of hard work ahead if they are to ensure their safety.

Racing meanwhile must regroup ahead of the visit of Puebla on Wednesday but balancing the Copa Libertadores with the Primera is something that they must prepare for. Sava’s team selection, despite fielding Gustavo Bou, Rodrigo de Paul and Óscar Romero failed to stretch the home defence and certainly La Academia must find a better way of utilising de Paul. With both players inclined to drift infield behind the striker, it leaves Racing rather narrow and far easier to defend against.

Another worry at present for Racing is the form of goalkeeper Sebastián Saja, who was at fault for Puebla’s opener last week in México and allowed Leandro González’s shot to squirm under his body on Sunday. This error cost Racing at least two points, which could be significant in a short championship, and it remains to be seen if Puebla will punish the previous mistake.

It is fair to say that Gonzalo ‘Pity’ Martínez has not yet shown a return on the $4.5 million that River paid Huracán, or at least not on a consistent basis. The 22-year-old is an enormous talent, full of trickery and armed with a fabulous left foot but all too often makes the wrong decision or goes missing, to the frustration of those inside the Monumental.

On Monday evening as River toiled during a first half against Quilmes, Martínez was the subject of the supporters’ annoyance. Heading to half time with the score at 1-1, the number ten received the ball 25 yards from goal and took a touch out his feet before smashing the ball past Walter Benítez. His finger to the lips celebration in response to his critics caused quite a stir and is something that the player has since apologised for. Brimming with renewed confidence Pity added his second shortly after the break and drew the foul that saw Rodrigo Braña sent off but what the youngster must now address is how often he makes this impact. A spectacular long range strike will only momentarily silence the boo-boys, after all they have seen it before. With Leonardo Pisculichi and now Andrés D’Alessandro available to Gallardo in similar roles, Martínez must demonstrate why he should be a starting choice.

Does River’s 5-1 victory prove that the Copa Libertadores winners are back? Not yet. A contentious penalty during a first half where Quilmes made Los Millonarios look fragile and an obvious offside goal against ten men, perhaps create a rather false scoreline. Victory was a must, as Gallardo rightly pointed out, and with this morale boost River must continue to improve to reach the lofty benchmark they themselves set. 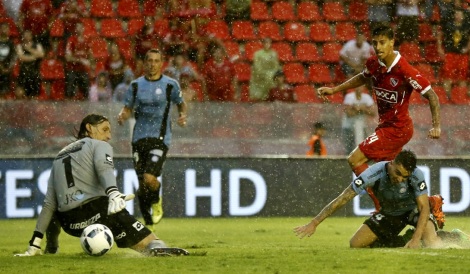 4. Central and Independiente do what is needed to begin victorious

Both Rosario Central and Independiente are harbouring ambitions of ending their respective trophy droughts and although neither were particularly impressive over the opening weekend, both scored valuable victories.

In the Gigante de Arroyito, Rosario Central began their title challenge with a hard fought 1-0 win over Godoy Cruz. Eduardo Coudet’s side never produced some of the football that won them so many plaudits last season but managed to do enough to keep La Tomba at arms length. With Marco Ruben missing through injury, César Delgado was handed a starting spot and the veteran striker made the most of it, heading in the only goal of the game just before the half hour mark. A more rampant Central could probably have made things far more comfortable against what is a poor Godoy Cruz side but Coudet and his side will be relieved to have made a winning start to 2016.

Independiente against Belgrano was perhaps the pick of the opening weekend’s fixtures after the two sides finished in the pre-Libertadores spots last season. Neither managed to qualify but ahead of a new season both arrived with fresh optimism. Unfortunately the weather had other ideas and a torrential downpour rendered much of the match virtually unplayable. With a goalless draw looking likely, Independiente introduced Germán ‘El Tanque’ Denis and with minutes remaining, the burly centre-forward combined with Rodrigo Gómez, who slid the ball across goal for Emiliano Rigoni to mark his debut with a goal against the team he left just weeks ago.

It wasn’t a pretty way to begin the season but it is a significant three points for El Rojo, who were missing six first team players and had to contend with Cebolla Rodríguez limping off after just 25 minutes. Mauricio Pellegrino will know that his side have plenty more in the tank but a winning start will only boost confidence.

5. Vélez and Huracán – Two big names sweating at the bottom

It seems odd talking about a finalist from last year’s Copa Sudamericana and a club, that in recent years has been a regular title contender in the same sentence as relegation, but for Huracán and Vélez Sarsfield that is a reality.

Huracán were contending with participation in the Copa Libertadores last season and their league form suffered; El Globo never won a match following a group stage game and despite their excellent cup runs they finished the year in 23rd. 2016 is a short championship and after the opening rounds of fixtures, in which Huracán lost at home to a relegation rival less than a week after a Libertadores qualifier, El Globo are currently bottom of the descenso. Should they overcome Caracas and take a place in the Libertadores group stage, they can’t afford another dismal run of league form. Eduardo Domínguez will not want to rely on other teams around them losing and so Huracán must balance these games better in the coming months.

What has become of Vélez Sarsfield? Once regular title challengers and an example for other Argentine clubs, El Fortín have slipped so far down the pecking order that they are already unrecognisable. Last season’s ragtag bunch of academy products, forced prematurely into regular action after the sale of nearly all half-decent senior players, struggled badly and for a club like Vélez to finish 27th in a 30-team Primera is inexcusable. Early impressions under new manager, Christian Bassedas are not good and there appears to have been little or no improvement. Defeat to Sarmiento on Monday night was poor and although their old form keeps them afloat in the descenso table, at some point this will catch up with them and relegation seems a question of when rather than if.

All the goals from Round One….