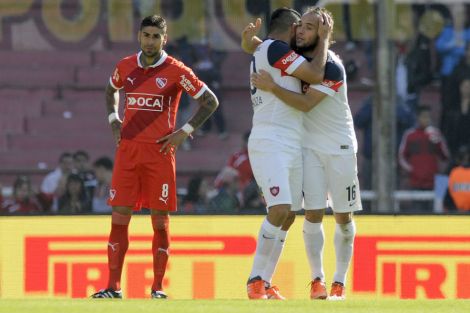 San Lorenzo tightened their grip on a 2017 Copa Libertadores spot with a hard fought 1-0 win over Independiente in Avellaneda. Pablo Guede’s side defended well to keep out the home side and snatched victory with a superbly worked goal two minutes after half time, expertly finished by Nicolás Blandi. El Rojo threw all they had at the visitors including handing a debut to Sergio Agüero’s younger brother, Gastón del Castillo but were unable to muster an equaliser and so ended any hopes of bringing a long awaited title to the Estadio Libertadores de América.

Despite exiting this year’s Copa Libertadores in the group stage, San Lorenzo’s season has gathered momentum at just the right time and after showing real defensive weakness in the opening weeks, Los Cuervos are now grinding out wins. A fifth consecutive victory now perhaps has San Lorenzo as title favourites just a matter of weeks after Pablo Guede’s days as coach looked numbered.

While Guede may have eased the pressure on himself, Independiente manager Mauricio Pellegrino must now face the questions of supporters after another occasion where El Rojo needed a result but came up short. An improved performance from the clásico draw last weekend should have seen the home side lead at half time but after wasting so many decent chances there was always the suspicion that Independiente would pay for their profligacy.

And so it proved when just two minutes into the second half, San Lorenzo opened up the Independiente defence with a flowing passing move from their own half. Sebastián Blanco provided the impetus and when Martín Cauteruccio eased the ball into the path of Nicolás Blandi, El Ciclón’s leading scorer was emphatic in slotting the ball past Martín Campaña. 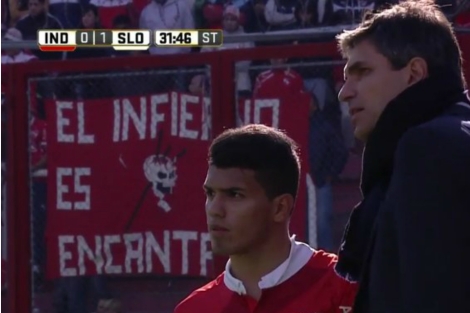 Mauricio Pellegrino knew that defeat would end his side’s outside chance of a league title and equally importantly see a good chance of Copa Libertadores qualification escape resulting in Independiente throwing caution to the wind. Martín Benítez and Germán Denis were brought on to try and add some firepower but San Lorenzo’s new found defensive solidity was able to stifle any chances.

With a little over 15 minutes remaining, El Rojo introduced Gastón del Castillo for his debut but the younger brother of club icon, Sergio Agüero was unable to make an impact. Sergio made his debut against San Lorenzo in 2003 aged 15, and supporters of El Rojo will be hoping that 18-year-old Gastón turns out half as good as big brother.

An equaliser never appeared and with the victory San Lorenzo took a six point lead over third place in Zone One, meaning Guede’s side are one win away from a return to the Copa Liberatores with three matches remaining. The title race with Godoy Cruz looks set to go to the wire but San Lorenzo should not be counted out in spite of their earlier struggles.