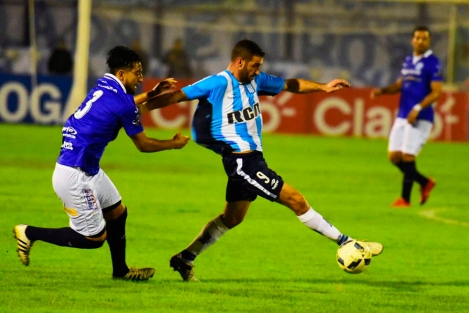 Racing were likely saying farewell to another one of their iconic figures last night when goalkeeper Sebastián Saja played what will almost certainly be his last game for the club. La Academia edged past lower league opposition in the Copa Argentina thanks to late goals from Marcos Acuña and Lisandro López and will face either Olimpo or Gimnasia de Jujuy in the last 32.

Torneo Federal A side, Gimnasia y Tiro frustrated Racing for nearly 85 minutes in Formosa but Marcos Acuña broke the deadlock with a powerfully struck shot from outside the penalty area. Lisandro López ensured victory in the closing stages when he delicately chipped in after a swift break.

While Racing avoided a cup upset, Tigre had no such luck after being held to a goalless draw against Primera B Nacional side, Douglas Haig. The lower league side were perfect in the penalties and after two Tigre misses, it was Douglas Haig that went through to face either San Lorenzo or Unión de Sunchales.