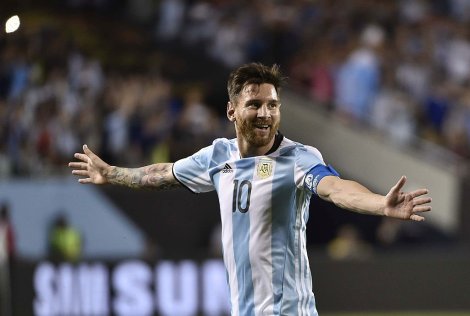 Panama coach Hernán Darío Gómez said in his press conference earlier in the week, “You can work a lot to build a team, but against Messi there’s nothing you can do.” How true this statement proved as the Barcelona star came off the bench, having watched his teammates toil for over an hour, to score a sensational hat trick and ruthlessly put an end to Panama’s brave resistance.

Up until Messi’s introduction, Argentina were poor and despite Nicolás Otamendi heading La Albiceleste into an early lead, Gerardo Martino’s side remained disjointed in possession and suspect defensively.

The muscular injury that forced Ángel Di María off before the break undoubtedly impacted the offensive unit but Panama had already been denying the in-form forward space and their physical approach had certainly disrupted any rhythm.

This aggressive approach came at a cost when Aníbal Godoy was sent off after 30 minutes but even with the man advantage, Argentina found breaking down Los Canaleros’ defence difficult.

The crowd in Soldier Field were anxious to see the star attraction and so when Messi jogged to the touchline, prepped for his introduction, the stadium erupted.

The game changed instantly as tired Panamanian legs simply couldn’t cope with the sudden change in tempo, the vision to find teammates who would otherwise have been ignored and the cutting edge that Messi brought.

The world’s best player’s first was a routine finish after the ball ricocheted into his path off Gonzalo Higuaín, the second a thing of beauty as his magical left boot curled a free kick over the wall and past Jaime Penedo, and the third another penalty box finish made to look effortlessly easy.

In less than a third of the game, Messi had blown Panama away and there was still time for the five-time Ballon d’Or winner to pick out Marcos Rojo from deep, allowing the Mancheter United defender to nod the ball back for Sergio Agüero to add a fifth.

Midfielder Augusto Fernández joked at full time, “I don’t think Messi’s introduction made much difference,” and however uninspiring Argentina were prior to this, the performance of the captain after his injury layoff will have sent a warning to the rest of the competition.