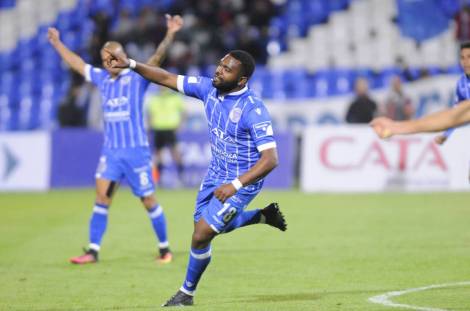 Godoy Cruz have been waiting for Santiago García and Jaime Ayoví to begin firing in order to reproduce the form of the Transición and although El Tomba are yet to find that level both were on target on Friday night to give Sebastián Méndez’s side a much needed three points.

Last week’s heavy defeat to Olimpo was a bitter disappointment and so the visit of Unión to Mendoza was almost a must-win for El Tomba to get the season back on track. Santiago García scored his first of the season to break the deadlock after a quickly taken free kick had caused panic in the Unión defence and shortly after half time Jaime Ayoví also got off the mark when he tapped in from close range.

Diego Godoy pulled a goal back for the visitors but El Tatengue were unable to force an equaliser. Sebastián Méndez will be relieved that Godoy Cruz were able to respond to last week’s defeat and while their home form remains strong, they must improve on the road.

Earlier in the Estadio Centenario, Quilmes also bounced back from a one-sided beating in the previous round to see off the spirited challenge of Olimpo.

A smart finish from youngster Nicolás Banegas, the striker on-loan from Boca Juniors, gave Quilmes a first half lead but Olimpo remained a constant threat and it was no real surprise when Carlos Rodríguez nodded the visitors level on the hour mark.

However, Los Cerveceros snatched all three points when Banegas laid the ball off for the arriving Hernán Da Campo, whose shot took a heavy deflection past Nereo Champagne.