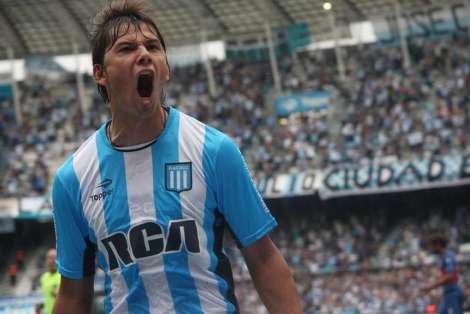 Atlanta United are showing real intent in their preparations for a debut season in Major League Soccer (MLS) and after securing Gerardo Martino as manager, Lanús midfielder Miguel Almirón, striker Kenwyne Jones and five picks from the MLS expansion draft, the league’s newest franchise are closing in on the big money transfer of Oscar Romero.

Racing Club’s talented Paraguayan playmaker has been tipped to leave Avellaneda in this window but China looked the most likely destination until Atlanta entered negotiations with La Academia.

It is now reported that a deal in the region of $9 million is close to being agreed for the 24-year-old and it could be completed on Wednesday.

Sources have also revealed that Romero will earn approximately $2 million per year in Atlanta and become the club’s third designated player for the coming season, along with compatriot, Almirón and earlier signing Héctor Villalba, who has been on loan with Tijuana since signing from San Lorenzo in July.

The signing of young players previously linked with switches to Europe is an ambitious one but also clearly points to Martino’s own knowledge.

The Argentine coach was Paraguay manager between 2007-11 before spells with Newell’s Old Boys, Barcelona and La Albiceleste and would know all of these players well.

Romero would be a considerable loss to Racing having shone in the Cilindro since signing from Cerro Porteño in 2015. The Paraguayan club, another of Martino’s former employers are in line to receive a proportion of the sale figure after allowing the precocious talent to leave for only $2.7 million.

A wonderfully gifted player Romero has the ability to skip past defenders at ease and has a powerful left foot capable of scoring from range. There are some sections of the Racing support that may argue that the 24-year-old doesn’t produce this regularly enough but that somewhat harsh evaluation is perhaps more of an indication of Romero’s talent.

Miguel Almirón was a bold signing but adding Romero would be another massive statement of intent by Atlanta ahead of the 2017 season.