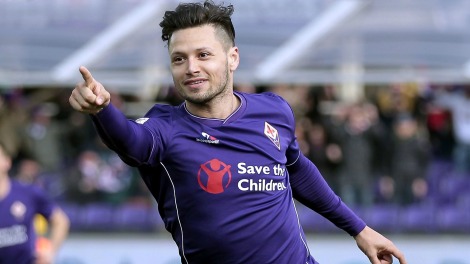 Fiorentina striker Mauro Zárate looks set to return to England with a transfer to Watford all but completed according to reports.

Zárate has reportedly already completed a medical in London and will conclude the transfer to the Premier League side in the next 48 hours.

According to Sky Sport Italia and local press in Florence, the 29-year-old has agreed terms and Fiorentina have accepted a €2.75 million bid for a permanent deal while reports in the UK suggest it will be an initial loan with an option to buy at the end of the season.

Either way, Zárate will confirm a return to English football having already represented Birmingham City, West Ham United and Queens Park Rangers during his career.

The Vélez Sarsfield academy product wasn’t included in the Fiorentina squad for Saturday’s victory over Chievo and has struggled for playing time since moving to Serie A last January.

Despite such a limited role, Zárate has managed four goals from only nine appearances in all competitions and remains a talented forward on his day.

Watford manager Walter Mazzarri requested the signing of Zárate and although personal issues throughout his career have prevented the striker truly reaching his potential, the 29-year-old could contribute a great deal to the Hornets.