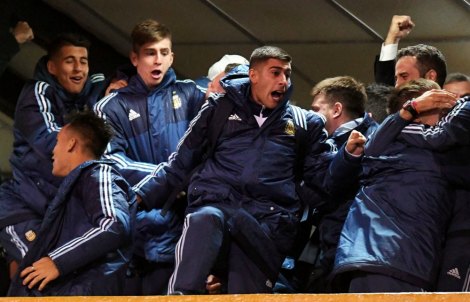 Argentina under-20s jubilantly celebrating in the stands after Brazil’s failure to beat Colombia were a sad sign of the times for La Albiceleste. Ten years ago, Sergio Agüero and Angel Di María were among those crowned world champions in Canada after more than a decade of dominance but in 2017, Los Pibes rely on Brazil’s own deficiencies to simply scrape qualification.

However, this is not a sudden dip, the blame doesn’t lie at the door of the current crop of youngsters or even manager Claudio Ubeda but is instead the result of years of neglect and mismanagement from the top of Argentine football.

The ‘golden era’ of Argentine youth football overseen by José Pékerman saw La Albiceleste win five World Cups between 1995 and 2007. It was a record that not only made Argentina the envy of every footballing nation but has fuelled the senior side in subsequent years. 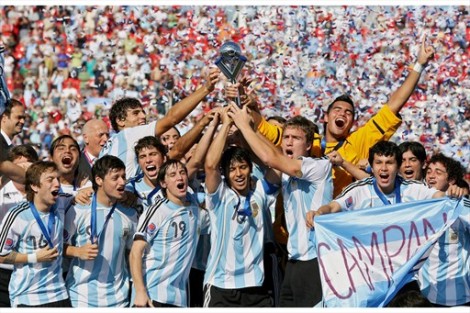 The vast majority of Argentina’s ageing current squad are graduates of this system and although they have ultimately fallen short in major finals, no one could doubt the calibre of the individuals that have been produced.

Hugo Tocalli had worked alongside Pékerman and continued his fine work after El Profe was promoted in charge of the senior side but since that triumph in 2007 and Tocalli’s departure, things have rapidly declined.

Perhaps through a sense of arrogance brought about by a seemingly neverending conveyor belt of world class talent, few paid attention to coach Sergio Batista when he warned of a decline after winning Olympic gold in 2008 with a squad that still bears a striking resemblance to any of Edgardo Bauza’s most recent…maybe they should have.

The man currently in charge, Claudio Ubeda argues in light of his side’s disappointing Sudamericano campaign, “Time is what’s needed, you can’t make miracles overnight,” a point that perhaps excuses him, given his appointment shortly before the tournament but doesn’t address the wider, systemic issue.

“The fact that Venezuela is as equal to Argentina is because they’ve put in place a project. In Argentina, it was thought after the Pékerman era, you just need to pick the players and they would compete, but it isn’t like that,” Ubeda explained.

“We believed that just because we are Argentina we were going to keep having the best players and that’s a big mistake.

A project has certainly been lacking and at present with the Argentine Football Association preoccupied with a several other problems, it has yet to be addressed. It does take time to implement but it has already been ten years and if the AFA thought criticism was stinging now, wait until most of the current Argentina squad retire, results begin to deteriorate and it is the senior side struggling for qualification and not just the youth divisions. 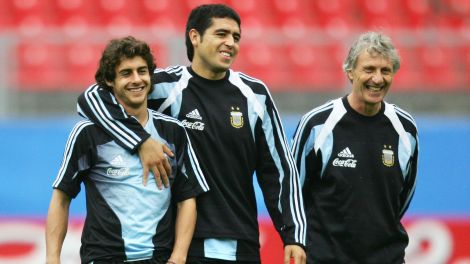 Ubeda is absolutely correct when he says, “it is fundamental for youth teams to work together for a long time,” and it is a principle that Pékerman understood perfectly.

Assembling a group of the best teenagers in the country, the focus at this level is not on their individual talents but rather on molding a side that develops together under the eye of tactically astute coaches, with a continuity that flows throughout each age-group and eventually feeds the senior side.

A prodigious talent like Messi can’t be expected in every group but within the correct environment the team can still flourish. This current under-20 side still has players of huge potential, like Racing’s Lautaro Martínez, but any glimpses of promise are in spite of the AFA rather than because of it.

Since lifting the under-20 World Cup in 2007, Argentina have failed to even qualify for two of the next four tournaments but it is difficult to argue it is as a result of a scarcity of available quality when the failed class of 2013, for example, included the likes of Luciano Vietto, Manuel Lanzini and Matías Kranevitter. 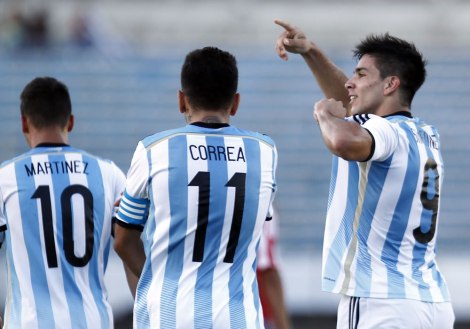 So, what about the Sudamericano triumph in 2015? Well, was the decisive factor in Argentina’s victory the coaching of Humberto Grondona or in fact a reliance on the individual skill of Ángel Correa and the goal scoring prowess of Giovanni Simeone?

Talented young players are still being produced; the environment to nurture and develop them is sorely lacking.

Part of that has been due to financial constraints and is an issue felt across the country by virtually every single football club but 2016 Olympic coach Julio Olarticoechea painted a bleak picture of just how bad things were.

“We have two people working with 30 kids… nine from the interior of Argentina could not come [to Buenos Aires] because there is no money. In the AFA training ground we cannot buy food for the kids, there is no money even for spaghetti. The situation is really sad.”

While it is sad to see many club sides unable to properly fund their grass-roots football it is a little tougher to feel sympathetic for the AFA after the dismantling of such a successful system and a FIFA investigation into misappropriation of funds.

The frequent and ill-advised appointments of coaches to the youth sides have disrupted any continuity and whilst Julio Grondona’s nepotistic decision to hand Humbertito the under-20 job, matters have hardly improved since Don Julio’s death.

For all the talk of reform, little has ever been done and one need only look at Ubeda’s appointment to see the lack of logic in the decision process.

Former Argentina international Roberto Ayala had been brought in to assist but left his position after only nine days.

“I did not like the project that was presented, particularly having a different coach for the under-17 and under-20 national sides. In the case of the U20 side, they made a wrong choice,” Ayala said critically of Ubeda.

The AFA received FORTY proposals from coaches to detail their ideas for the under-20s and Ayala revealed, “The AFA asked me to look for possible candidates and suddenly Ubeda’s name appeared. No one called or informed me about this. I was surprised that someone who didn’t present a project was selected instead.”

Ubeda may not be a terrible coach and it would be unfair to judge him purely on a Sudamericano that he had little time to prepare for but is he the best coach within the best framework to reverse Argentina’s fortunes and what does it say about the selection process when he was plucked from left-field.

The AFA need only look across the Río de la Plata at 2017 Sudamericano champions Uruguay to see how a long-term strategic view of youth football can yield great rewards. Óscar Tabárez has been able to bring through a number of graduates from recent years to supplement his senior squad and it is in stark contrast to Argentina.