After fifteen years in Europe, Fabricio Coloccini returned to his beloved San Lorenzo last year and while Argentine football has provided the 35-year-old with the perfect way to bow out, the reality leaves a lot to be desired.

The former Newcastle captain has spoken at length with Olé regarding the chaos within the Argentine Football Association and how the rest of the world is laughing at the situation.

“It’s a shame and it’s very sad,” Coloccini said regarding the state of Argentine football.

“I believe that here we think we are more important than FIFA to a certain point but for them we are just a league more. They already laugh at us. I speak with Spanish friends and former teammates and we are the laughing stock of world football.

“We look like comedians but until all the hypocrisy and corruption is over, it’s going to be very complicated. Even for the players: you want to play a game, put on a good show and win but you do not know where the games are won, whether on the pitch or at a desk.”

In light of the controversial 38-38 AFA election and the recent audios of Daniel Angelici, Coloccini has been left in no doubt of the corruption.

“How can you not believe when votes are manipulated, when they lie to your face, when there are videos, when they overlook the audios that came out of the president of Boca? Are we used to the bad in Argentina? I think so.”

For a former Argentina international, who has played in England, Spain and Italy, Coloccini is in a position to draw comparisons.

Italian football was also rocked by corruption in recent years but Coloccini was quick to point to a key difference, “Yes, in Italy it happened, but what was the outcome for Juventus or other clubs that broke the laws?

“Look at another incident: the Boca-River pepper spray attack. There was an economic fine and what else? It lacks rigour. How long were Liverpool out of European competition as a result of hooligans? Twelve years?”

All of this may sound as though Coloccini is regretting his decision to return to Argentina but the central defender replied, “I came to enjoy it. I want to play for San Lorenzo, to enjoy the environment and my family.” 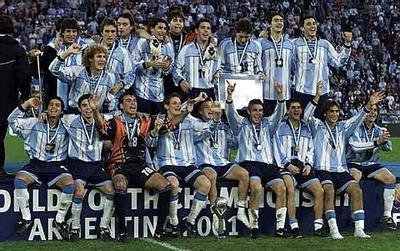 The other central topic that Coloccini discussed was the state of Argentina’s youth system given that he was a graduate under José Pékerman, winning the 2001 under-20 World Cup and Olympic gold in 2004.

The class of 2017 scraped qualification to the World Cup later this year after a sharp decline and Coloccini said, “It really hurts but this has been going on for some time.

“Since José Pékerman left, there was no longer a process.”

But what was the key to Pékerma’s ‘process’? “First, was the discipline imposed by the coaching staff. Then honesty, they were honest people, they were not in the business.

“Today is complicated — look at everything that is happening in the AFA. It is all for business. Or is it for the good of Argentine football? There are few who want that.”

With all these problems in Argentina, why do so many players opt to return?

“Because our generation feels more connected perhaps. Of those who left before us, very few returned but in our generation, there are several who did.

“Today the players are a little more like fans than before: Román [Riquelme] returned to Boca and when he was triumphant, [Marcelo] Gallardo did the same. And it was the same with Lisandro López, Diego and Gabriel Milito…all guys who wanted to give back to the clubs that gave gave birth to their careers.”

The full interview with Coloccini in Olé is available here….