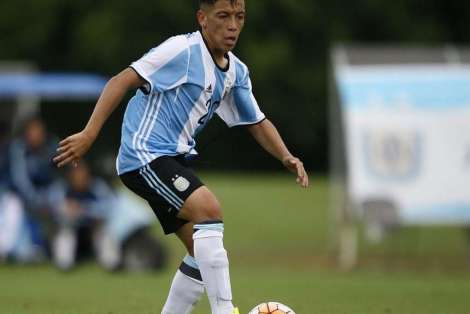 After weeks of speculation Claudio Úbeda confirmed his Argentina under-20 squad for this month’s World Cup and Independiente midfielder Ezequiel Barco was surprisingly replaced by Argentinos Juniors’ Ignacio Méndez despite being named among the 21 last week.

Barco has been in fine form for Independiente this season and was poised to be one of the stars of Úbeda’s side but El Rojo were reluctant to release such an important first team player and it would appear that after failing to reach an agreement with the AFA, the under-20s have moved on without the 18-year-old.

Úbeda is set to leave for Vietnam with his squad on Saturday in order to play two warm-up matches before the tournament starts on May 20th against England.

Independiente were understood to want to retain Barco until after the clásico against Racing on Sunday May 14th but with it being so close to the start of the World Cup, Argentina were understandably less keen on the idea.

With no agreement in place, Úbeda today announced that Argentinos Juniors midfielder Ignacio Méndez would instead be on the plane, leaving Barco in Avellaneda. 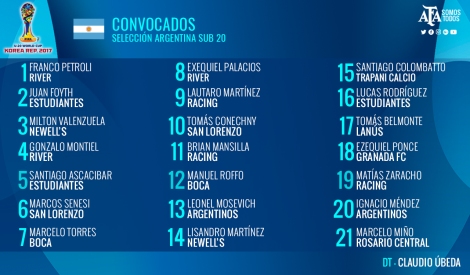 The discussion over whether Barco should be representing his country will rumble on, particularly as Independiente and Argentina appear to have very different accounts.

Club president and AFA vice-president Hugo Moyano denied any wrongdoing: “I don’t think he [Barco] was called. Independiente has always collaborated and contributed with the players that Argentina has requested.”

However, Claudio Úbeda has since spoken to TyC and countered Moyano’s claims: “Independiente were notified of the call-up. We knew they weren’t going to allow Barco to leave and today Miadosqui (AFA secretary for the national team) told us to call up someone else.”

Losing Barco would undoubtedly have hurt Independiente given the youngster’s prominance under Ariel Holan but it’s a shame for Argentina, the under-20 World Cup and the player to not have the opportunity to play in a tournament, which La Albiceleste have such a history in.

As Úbeda said, “it is detrimental to Argentina that Barco isn’t there.”