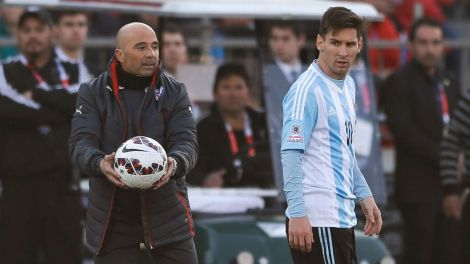 Argentina haven’t yet named their new coach and publically at least, Jorge Sampaoli is distancing himself from what is looking almost certain to be his next managerial step but while the 57-year-old wraps up the Spanish league season with Sevilla, rumours continue to grow as to who will be included in his first Albiceleste squad.

While Edgardo Bauza was thrown straight into the difficult situation of World Cup qualifying, whoever is named his successor will have two friendlies in June against Brazil and Singapore and there are suggestions that at least some of that squad could be named later this week.

Sampaoli has one game left with Sevilla and Champions League qualification already sewn up and although nothing has been confirmed, the Copa America winning coach is likely to have been working behind the scenes on this squad and his potential backroom staff before being officially unveiled on June 1st, when the release clause from the Spanish club is set to only €1.5 million.

As much as Argentina have underachieved and looked poor at times, Sampaoli is understood to be an admirer of many of the established squad and so wholesale changes to the squad are not expected. However, Lionel Messi is thought to be the only guaranteed starter from what has been such a settled group since virtually Alejandro Sabella’s 2014 squad.

Sergio Agüero remains in the plans but is not considered a favourite of Sampaoli and Sergio Romero’s position as number one will come under threat with Nahuel Guzmán’s far better skill with the ball at his feet creating increased competition.

Among those not included will be injured pair Ramiro Funes Mori and Marcos Rojo, Ezequiel Lavezzi, as Sampaoli doesn’t feel that the Chinese Super League prepares the forward for international football, Pablo Zabaleta, Emmanuel Mas, Julio Buffarini and Lucas Pratto, although the Sevilla coach does like the São Paulo centre forward and had wanted him in Spain.

Gonzalo Higuaín and Paulo Dybala may also miss the friendlies given Juventus play Real Madrid in the Champions League final on June 3rd but both players are supposedly keen to be involved in the fresh start and could travel for the friendly against Singapore. 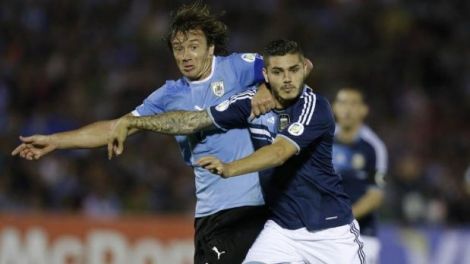 So, which new faces could make up Sampaoli’s first Argentina squad? One name dominates the headlines after months of speculation and unless a recently sustained thigh strain rules him out, Mauro Icardi looks set to come in from his three and a half year exile.

Not since a brief cameo under Sabella in October 2013 has Icardi really been given a look in and despite the 23-year-old’s impressive club form and increasing calls for his inclusion, each manager since has chosen to ignore the controversial striker.

Rumours suggest that only an instruction from Julio Grondona to ward off interest from the Italian national team earned Icardi his debut and since then the senior players have not wanted the Inter Milan number nine around but either way, the reports indicate that Sampaoli will end that.

Sampaoli has also been keeping tabs on several Argentina-based players and several players are understood to have been highlighted by the coach and his potential staff, including current Defensa y Justicia manager Sebastián Beccacece.

There is still a great deal to be confirmed, not least the appointment of Sampaoli, but what had looked like a couple of dull, money-spinning friendlies now takes on a whole new interest.

One response to “Sampaoli’s Argentina: Only Messi guaranteed, Mascherano in defence, Banega at 5 & Icardi among plenty of new faces”