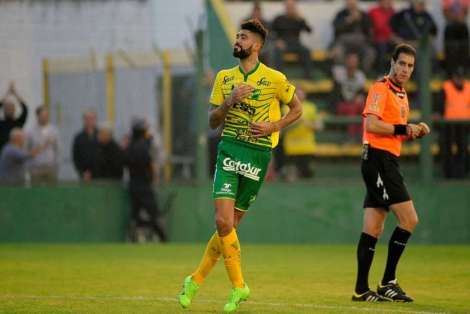 Argentina coach Sebastián Beccacece and on-loan central defender Alexander Barboza both bid farewell to Defensa y Justicia on Saturday with victory over Gimnasia securing a place in the 2018 Copa Sudamericana.

The impressive form under Beccacece was of title contenders rather than Sudamericana qualifiers but the 36-year-old was unable to say no to Jorge Sampaoli meaning his project in Florecio Varela comes to a premature end.

Barboza has been a revelation since arriving from River Plate and looks destined for greater things but with El Halcón unable to make a permanent deal, the powerful 22-year-old played his final match, tucking away an 80th minute penalty to secure victory.

A little later in San Juan, Rosario Central claimed a point against San Martín but were only able to secure a 12th-placed finish, just outside the Copa Sudamericana qualifying spots.

Facundo Barceló fired the home side ahead in the 38th minute but a first half stoppage time penalty converted by Germán Herrera ensured a share of the points.