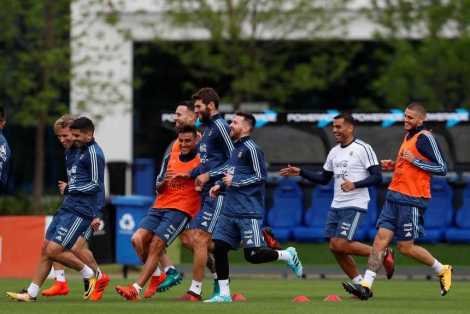 Not since Argentina’s bid to end their 24-year trophy drought last June at the Copa America Centenario final in East Rutherford has a game been as eagerly anticipated. Read any local newspaper, speak to anyone on the streets or in the bars of Buenos Aires and Thursday evening’s World Cup qualifier against Peru is another final. With a place in Russia hanging precariously in the balance, La Albiceleste are praying that their luck is better than the three consecutive final defeats that loom over this generation — the hopes of a nation depend on it.

Buenos Aires is buzzing as a result but that brings enormous pressure and while an early goal could create the awe-inspiring, stadium rocking atmosphere that is desired, another disjointed display could rapidly turn toxic.

Jorge Sampaoli must manage this expectation and remains confident in his side despite last month’s limp performances against Uruguay and Venezuela.

“I am convinced that we are going to be at the World Cup. Tomorrow we will go with everything,” the Argentina coach said in his final press conference. 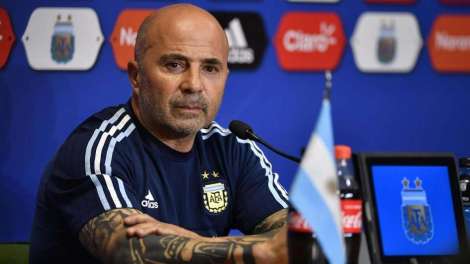 With this in mind, Argentina look set to revert to a back four, now perhaps not the time to continue the experiment with a back three. However, it is still an unfamiliar eleven: Sporting Clube de Portugal’s Marcos Acuña at left back, Javier Mascherano in central defence with Éver Banega partnering Lucas Biglia in midfield, Papu Gómez starting on the left and Boca Juniors striker Darío Benedetto up front.

A lack of defensive pace leaving the side exposed to counters; Acuña, a natural attacking midfielder, starting at left back; Sampaoli keeping faith in Biglia rather than thrusting Leandro Paredes into the spotlight; Papu Gómez being handed a chance on the left; and Darío Benedetto hoping to carry across his prolific club form to help an attack that is statistically the least efficient in South America are all questions for La Albiceleste that will only be answered on Thursday.

And this has been Argentina’s problem. In Sampaoli it feels like the AFA finally got the right man but the Copa América winning coach has had little time to mold his team and so rather than focusing on systems and new ideas, it is now solely about results.

The age old debate over the aesthetically pleasing football of Menottismo versus the win-at-all costs mentality of Bilardismo once again rears its head and for once there is only one winner.

Ensure a place at the World Cup and then work on implementing change. If Argentina can do this, under Sampaoli, they may yet be a genuine contender in Russia; on the form of World Cup qualification that looks like a pipe-dream. 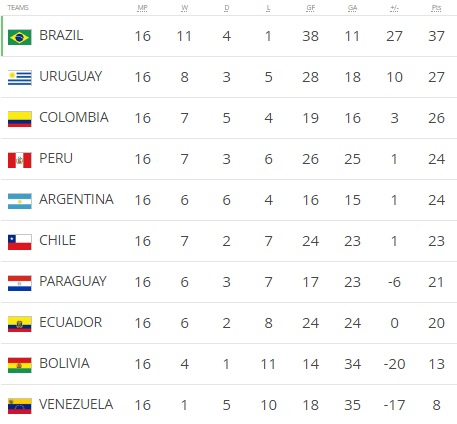 With two games remaining, it is no understatement to refer to Thursday’s match with Peru as a final. The two sides, locked level on points with Peru in fourth on goal difference and Argentina in the fifth-placed playoff spot, know that a win for either would likely confirm qualification.

A Chile victory against Ecuador could make matters even more nervy and with Argentina having to close qualifying in the altitude of Quito next Tuesday, anything other than three points would be disastrous.

The history books certainly favour Argentina, as the last time Peru beat La Albiceleste in any competition was at the 1997 Copa América in Bolivia and they have never won a World Cup qualifier in Buenos Aires.

From their 50 previous meetings, Argentina have won 32; Peru only five and so the historical advantage all leans heavily in one direction.

However, since drawing 2-2 earlier in the campaign in Lima the fortunes of both teams have gone in opposite directions. While Argentina have replaced coaches and continue to flounder, Peru are the continent’s form side, outside of Brazil, taking 13 points from the last 18 available.

In La Bombonera, Peru are also returning to the scene of one of their most famous results and a dark day in Argentina’s past for it was in La Boca in 1969 when a 2-2 draw inflicted La Albiceleste’s only failure to qualify for a World Cup.

A game that needed no further ingredients has got them and it provides Argentina’s decision to switch to La Boca all the more possibility of back firing.

Rodolfo D’Onofrio, president of River Plate and perhaps a little salty that the selección moved to Boca said, “I was at Boca’s stadium in ’69 when they knocked us out. I wouldn’t choose that pitch against Peru because of the bad luck. Maybe for another match yes, but just the Peruvians … Don’t let it be that the same thing happens.”

Ricardo Gareca’s youthful, pacy and physically imposing side are full of confidence and in veteran centre forward Paolo Guerrero have a player that strikes fear into the hearts of many Argentinians. 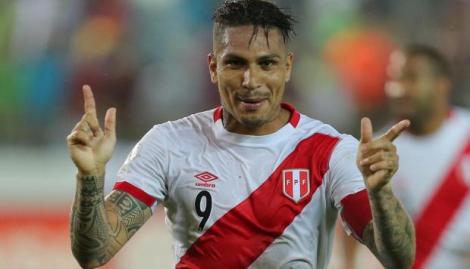 And Guerrero hasn’t been the only threat during qualification as André Carillo, Christian Cueva and Edison Flores have all been outstanding.

However, Carillo, Cueva and centre back Cristian Ramos are all missing through suspension and substantially weaken Gareca’s hand.

Peru’s players are seeking their own moment in history while Argentina are hoping to avoid the ultimate embarrassment. Two years of qualifying has come down to this and whatever the result, the excitement couldn’t be any greater.