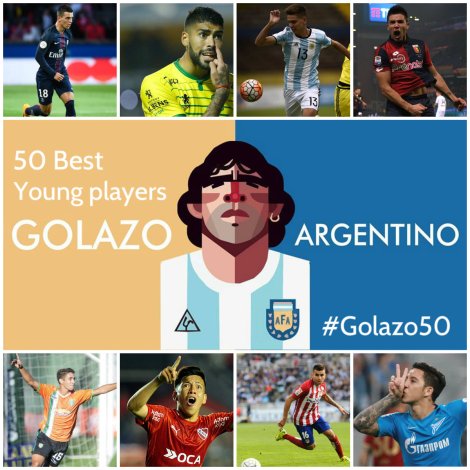 In case you missed it here are the picks so far…

To be eligible for the list, you simply need to be born on or after January 1st 1994.

Matteo Bonetti and Chloe Beresford provide some expert insight into the latest on the list.

Being the son of a professional footballer tends not to be the guaranteed path to success that many might think and growing up in the gaze of one of Argentina’s most recognisable characters must have been doubly difficult for Giovanni Simeone. However, the centre forward has struck out on his own and is doing an admirable job of emerging from the considerable shadow of El Cholo.

While father Diego was the all-action, hard-tackling, menacing midfield presence of the 1990s, Giovanni carries a very different threat that only becomes apparent in the opposition penalty area. The family’s never-say-die approach and non-stop workrate that wins over supporters is evident in both but there are little other comparisons to the two on the field.

Born in Madrid, Gio’s childhood was somewhat transitory as he followed his father’s playing career around Europe and it wasn’t until Diego was managing River Plate back in Argentina in 2008 that the next generation of Simeone joined the academy. Despite Cholo’s spell in charge at the Monumental being shortlived, Gio continued to learn his trade and after impressing through the ranks signed his first professional contract in 2011, complete with an already hefty release clause of €15 million.

A senior debut followed in 2013 but fierce competition limited Simeone to fleeting substitute appearances and so his true potential was never really seen wearing the famous red white and red.

For Argentina under-20s, Simeone had already provided some indication that he was one of the continent’s top talents and in 2015, nine goals in nine games secured the South American Championship for La Albiceleste and the golden boot for a young striker desperate for more opportunities. One only needs to look at the previous winners to see the potential but perhaps the level of development needed – for every Neymar or Edinson Cavani, there is a Hugo Rodellega or Abel Hernández.

That chance came on loan at Banfield, under the guidance of one of his father’s former teammates, Matías Almeyda, and while there were the inconsistencies you would associate with any young player plying his trade for a midtable club, the raw attributes were clear. 12 goals in 34 appearances were a decent return and Simeone’s all-round link-up play in an attractive, attacking Banfield side were excellent.

This prompted Genoa to take a punt on Simeone and it proved to be a masterstroke. A debut season in Italy, saw Gio hit 12 goals in 29 Serie A appearances and it was little wonder that by the end of the campaign, far more European clubs were circling.

With the likes of Tottenham Hotspur and AC Milan linked, it was Fiorentina who stumped up €18 million. After something of a slow start in Florence that had the typical workrate but was lacking the goals, Simeone is now winning over supporters and becoming more a regular scorer. Seven goals to his name at this stage could yet see him topple last season’s tally and if Simeone does manage that then expect an improving Fiorentina to continue to climb up the table.

“I think everyone’s been surprised by his ability to adapt to Serie A and score on a pretty regular basis. As a player he’s very much how you’d expect a Simeone to be. Excellent work-rate, aggressive. He’s quick (not lightning fast), quick enough to trouble centre-backs, fairly technical and much better in the air than his height would suggest. Sometimes he misses fairly routine finishes but seems to always be in the right position.”

“Simeone has become an instant hit with Fiorentina fans since joining in the summer, and recently mentioned his pride in wearing the number nine shirt once adorned by his legendary compatriot Gabriel Batistuta. Hard-working and especially strong in the air, the striker gives his all on the pitch, but is aware he still has work to do before he becomes the finished article.”