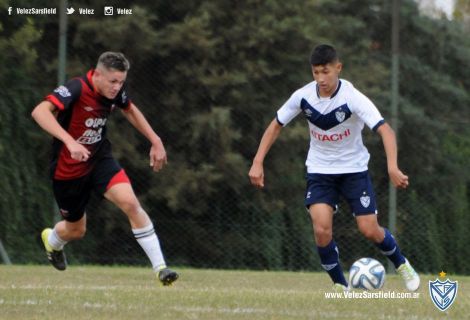 Vélez Sarsfield academy player Ariel Muñoz is just beginning his career but he will never score a goal as spectacular as the solo effort he managed in a 5-0 win over Colón for the under-18s.

Martín López and a brace from Mauro Zárate’s nephew Tobias already had Vélez cruising when Muñoz scored the sensational golazo.

Picking up the ball on halfway, Muñoz nutmegs the first Colón midfielder before sprinting away from another. Darting past two centre-back and getting forced out wide as he skips around the full-back, Muñoz produces a rabona that lobs Colón’s goalkeeper and drops in off the far post.