Any concerns that Argentina could bring only a half-fit Sergio Agüero to another major tournament have been squashed as the Manchester City striker returned to training in Ezeiza and admitted that he feels better than he has in years.

Agüero underwent knee surgery in Barcelona immediately after Manchester City secured the Premier League title in April and despite some doubt over whether the centre forward would be 100 per cent fit, the 29-year-old assured TyC Sports that he would is feeling good.

“Since 2013 I had been suffering with my knee and if I hadn’t had the operation, I could have missed the World Cup,” Agüero explained.

“Now, after five years my knee feels like new.”

Agüero was on the end of a strong challenge by Ashley Young in the Manchester derby on April 7th which appeared to aggrevate the injury and after making only a brief appearance as Liverpool knocked City out of the Champions League the following week, the Argentinian striker decided it was a good time to go under the knife. 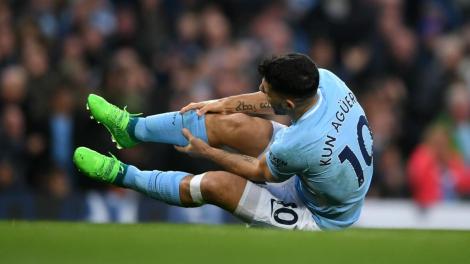 “I spoke with the Manchester City medical team earlier and we agreed to wait because we had the Champions League.

“It didn’t improve. Pep [Guardiola] used me as a substitute a lot and told me to stay calm but after being knocked out of the Champions I told the doctors, I didn’t feel good.

“With the World Cup ahead, I preferred to do it because otherwise I could have missed out.”

Agüero is of course no stranger to injury and despite reaching 84 appearances and being the third highest scorer in Argentina’s history, the former Independiente striker has missed plenty of opportunities for those numbers to be even greater.

“Obviously I’ve always had problems. My hamstrings, the quadriceps and in the gluteus – all things that came from the knee.

“And now it’s very different because, for example, over the past five years I couldn’t flex it completely. Now it is a relief.”

If indeed this slight knee problem was linked to Agüero’s other injury issues it does beg the question why the Manchester City record scorer has waited five years.

“It was nothing,” Agüero stated.

“The operation lasted twelve minutes. It was just a nuisance that I had for a long time. In the Premier League you play every three days and sometimes it would swell and bother me.

“Anyway, things happen for a reason and I had no choice but to do this to feel better. I have something very important next month and in the future I will be much better.

Argentina need the best possible version of Agüero in Russia and while many skeptics will still feel like he will inevitably not be 100 per cent, Kun joked: “I arrive a lot fresher than most.”