Argentina’s embarrassment of riches in the striker positions are well documented. Sergio Agüero, Gonzalo Higuaín, Paulo Dybala, Mauro Icardi and Lautaro Martínez. Most countries would love to have just one of these but Argentina have them all.

The dilemma for Jorge Sampaoli is who should start. Icardi and Lautaro have not made the squad, which leaves the other three. All of them are arguably world class and all of them have specific virtues which would help the team. The chance of two starting is very small, so which one best fits Sampaoli’s Argentina? 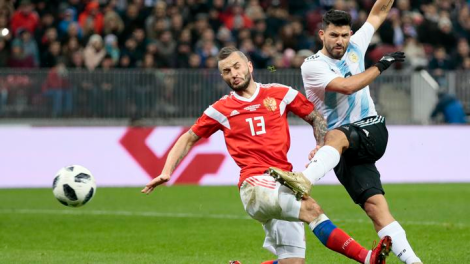 Touted by many as the main choice to lead the line in Russia, the Manchester City striker has not had his best ever season but despite that, still finished as third top scorer in the Premier League with 21 goals.

Agüero has matured brilliantly under Pep Guardiola, morphing from a pure goalscorer into a more creative, hardworking forward. That fits in perfectly with the ethos of Sampaoli.

This shows that he gets on the ball a lot and offers a hand in the build-up play, which is perfect for Argentina’s measured possession-oriented style of play. In addition to that Agüero is the most mobile of the trio and the one who puts the most effort in. Playing in Pep Guardiola’s system has forced him to change his style of play and that fits in perfectly with the current high pressing system implemented in Sampaoli’s Argentina setup.

The renown clinical finisher has retained his skills too, as he has overperformed his xG (expected goals) totals from the last season. His xG90 0.84 and his G90 (goals per 90 minutes) is 0.95. In a knockout tournament, it is essential that a striker takes his chances and Agüero is one of the best finishers in the world.

Another striker who has endured a relatively poor season goalscoring wise scoring 16 compared to 24 in the 2016/17 season. Higuaín is also pretty vilified, probably unfairly due to his knack for missing important chances in finals.

That doesn’t decrease his calibre though, whether as a starter or as a backup he is still a very good option. Compared to Agüero his stats and contribution to the build-up are inferior, with his xGBuildup90 at 0.18, his xGChain90 is 0.59 and his KP90 is 0.96.

Obviously, a lot less involved in the overall play but he still has his own virtues. He is a lot better in the air than the other option, as well as being a lot better at holding up the ball. He is also a great finisher contrary to what many may think.

Higuaín would be a perfect option for a game where Argentina are expected to be defending a lot and rely on a counter attacking style, especially if he is paired with some quick wide forwards. Really should be cut some slack and if his teammates can trust him he could be a good addition. 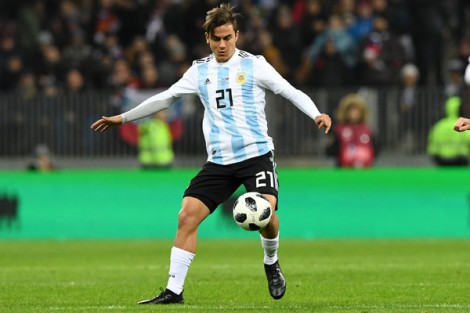 The wild card. Not considered an out and out striker, more of a creative one but Sampaoli has named Dybala in the forwards list.

Previously left out of the squad for the friendlies against Spain and Russia, Dybala’s great end of season prompted Sampaoli to select him in the squad. The Argentina coach had previously stated that it was complicated for Dybala to get used to his system and that was difficult to incorporate him into the same team as Messi, which on paper makes his selection look a little odd.

Dybala mostly operates in the right half space, which is the space Messi usually occupies. In addition to that, he lacks the physical attributes and pace to lead the line on his own. He is arguably the most technically gifted of the 3 though, with his stats comparable to Agüero in terms of chance creation and help in the build-up phase — 0.26 for xGBuildup90, 0.60 for xGChain90 and the highest for KP90 at 2.06.

Where Dybala would fit in to Sampaoli’s system isn’t entirely clear and perhaps it would have been more beneficial if Sampaoli had taken Lautaro, due to his pace and finishing ability which could’ve been useful off the bench.

Looking over the options, the stats and the performances for the National team over the years, the undisputed starter should be Agüero. Kun fits the style perfectly, he’s a world class name, he has experience in bundles and most importantly he’s a friend of Messi.