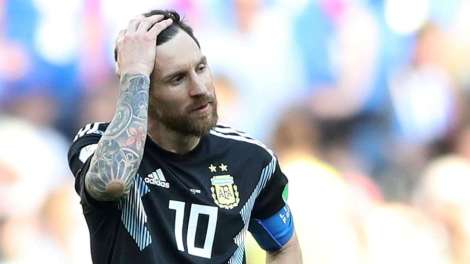 The points may have been shared but the reactions at the final whistle told the story. Argentina’s recent frustrations continued with two points certainly dropped while World Cup debutants Iceland celebrated a famous draw.

Messi reminds us he is human

Let’s get it out the way straight away because the game’s biggest talking point was undoubtedly Lionel Messi’s missed penalty.

The world’s best player has now missed four of the last seven penalties he’s taken for Barcelona and Argentina combined and with Cristiano Ronaldo’s heroics for Portugal a day earlier, Messi’s failure was laid bare.

Penalty miss aside, Argentina’s dependence was as clear as ever with Messi dropping deep for the ball and Iceland swarming around him.

No time to dwell as Messi remains central to everything that Argentina do and if they are to get results against Croatia and Nigeria, their captain will be vital.

To read the rest of this article, click here and visit the excellent CricketSoccer website. Loads of stuff every daily direct from Russia!