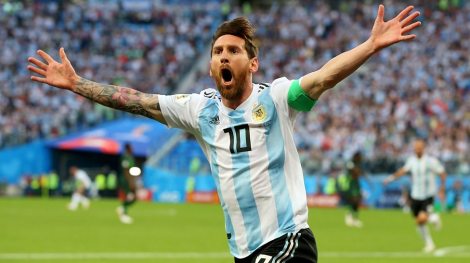 Argentina left it late, but the Albiceleste live to fight another day at the World Cup thanks to a wonder strike from Leo Messi – here’s 5 lessons learned

Jorge Sampaoli insisted that Argentina’s World Cup started against Nigeria and their final group game was the first of five finals when quizzed by the media a day before the crucial game in Saint Petersburg.

If that were the case La Albiceleste put the pain of the previous four years behind them with a last-gasp victory but with France now lying ahead in the last 16, there is still much to ponder.

The weight of being the world’s best player and Argentina’s saviour had taken its toll on Lionel Messi and despite carrying the nation to Russia it was the number ten’s missed penalty against Iceland and the forlorn look on his face before Croatia that made the headlines.

Against Nigeria, Messi’s World Cup began and aside from once more inspiring his side to victory, the Argentina captain ended his run of 662 minutes at the World Cup without a goal.

Messi’s fabulously taken strike was his first since he found the net against Nigeria in 2014, making half of all his World Cup goals against the Super Eagles.