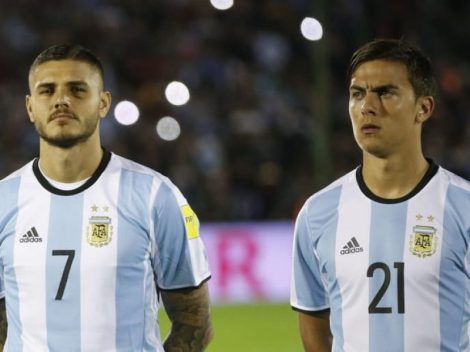 The dust is still settling from Argentina’s World Cup failure in Russia and while the future of Jorge Sampaoli is still very much undecided, whoever is in charge of La Albiceleste for the friendlies in September, will have to begin the process of the long overdue rebuild.

Javier Mascherano and Lucas Biglia have confirmed their retirements and whether more from the generation that suffered three consecutive final defeats will officially follow, the time for a changing of the guard is painfully clear.

In truth the process should have begun after 2014 and Gerardo Martino may have been on the path to doing just that had the AFA not undermined his efforts leading up to the vital 2016 Olympics. However, Martino’s exit led to the unfancied and pragmatic Edgardo Bauza aiming to avoid rocking the boat rather than pushing for reform.

Sampaoli then arrived at a point where only results mattered. Qualification for the World Cup was the goal not overseeing such change.

What happened in Russia was sadly all too expected and now a fresh injection of younger players must begin the path to the World Cup in 2022.

The days of José Pékerman’s all-conquering under-20 sides may now be a distant memory and years of failure at this level has seen the production line of talent slow but there are still youngsters ready to step into the boots of the older generation.

Looking through Sampaoli’s squad in Russia it is difficult to argue that many are worth keeping their places. Lionel Messi remains the world’s best player and despite the fact that the Barcelona star would be 35 in Qatar, there is still reason to suggest Messi could play a part even his role on the pitch evolves into a deeper-lying midfielder.

A couple more will still play a part in the short-term given it is unrealistic to expect a complete and total overhaul and it is in fact two players that were in Russia but limited to 20 minutes action between them that should now take centre stage.

Paulo Dybala scored more goals in Serie A last season than he managed minutes at the World Cup and while Sampaoli suggested he hadn’t had the time to make the Dybala-Messi partnership work, now there is no alternative. The Juventus forward must find a way into the side and his ability as a creator and a goalscorer should take some of the burden off Messi.

And Giovani Lo Celso, who looked certain to be a starter in Russia only weeks before the World Cup only to fall completely off the radar. The 22-year-old is precisely the type of midfielder that Argentina have craved and his underestimated ball winning coupled with his eye for a pass makes him an ideal playmaker to link Argentina from deep.

Cristian Pavón and Nicolás Tagliafico both played more prominent roles under Sampaoli and should continue in the side post-Russia. Pavón is set to move to Europe from Boca Juniors imminently and while his pace and raw talent have been evident, the 22-year-old’s potential is huge. Tagliafico has been more of a late-bloomer but did his reputation no harm in Russia for all of the disappointment and at 25 remains the best choice at left-back.

Sampaoli’s final World Cup squad had the look of a last hurrah for Javier Mascherano and the group who slipped to three consecutive final defeats over the past four years and certainly one of his errors was to overlook several impressive performers already prepared to make the step up to international level.

None more so than Mauro Icardi, who scored 29 Serie A goals last season to finish as top scorer and further cement his reputation as one of the deadliest strikers in Europe. The controversial Inter captain started as Argentina’s number nine in Sampaoli’s first competitive game in charge but after failing to find the net, Icardi dropped down the pecking order and ultimately missed out on a place in Russia.

Icardi’s unfairly brief trial didn’t showcase the 25-year-old’s talents but it is now time for the lethal penalty box number nine to spearhead a new-look attack.

New Inter teammate Lautaro Martínez is poised to build on his March debut and if the 20-year-old hits the ground running in Serie A, Martínez could provide real competition. And the former Racing Club youngster isn’t the only striker with aspirations of pulling on the Albiceleste – Bayer Leverkusen’s Lucas Alario, Fiorentina’s Giovanni Simeone and the versatile Joaquín Correa could all potentially force their way into the Argentina squad over the coming year.

While Messi will hopefully remain the creator-in-chief for any future number nine, if time is called on the likes of Angel Di María then replacements are needed. Angel Correa was a regular squad member under Gerardo Martino after dazzling for the Under-20s and now establishing himself at Atlético Madrid, the 23-year-old should be in line for a recall.

Tottenham Hotspurs’ Erik Lamela will also be eying a return as will Zenit St. Petersburg’s Emiliano Rigoni and after just missing out on a place in Russia, if Ricardo Centurión can continue allowing his football do the talking and avoid any off-field problems, the Racing forward could provide a spark that is difficult to find elsewhere.

Following an excellent season in France, Lucas Ocampos won’t have given up hopes of realising his enormous potential and breaking into the Argentina senior squad and with another four years until the next World Cup, perhaps Vélez Sarsfield’s Matías Vargas or Atlanta United’s Ezequiel Barco will have pushed through.

Further back in midfield, Giovani Lo Celso is primed to put the disappointment of Russia behind him and form a more permanent part of the Argentinian spine and there are plenty of other promising options. Manuel Lanzini would have been certain to start at the World Cup were it not for the knee ligament injury suffered in training and provided the West Ham United midfielder comes back unscathed, Lanzini’s future remains bright.

Javier Mascherano’s retirement leaves a big pair of boots to fill but since breaking into the Estudiantes first team as a teenager and making the seamless transition to Bundesliga football with Stuttgart last season, Santiago Ascacibar looks tailor made. A tireless worker, ferocious ball winner and efficient passer, the 21-year-old is the natural successor for Argentina to place at the base of their midfield. 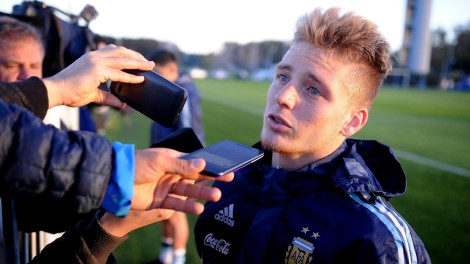 That place had once looked destined for Matías Kranevitter and although his move to Europe from River Plate has slowed his progress and eventually led the number five to Zenit St Petersburg, at 25, there is still a possibility.

Ideally accompanied by a more expansive passer, Leandro Paredes is currently in pole to take that position and despite not making the most of his chances in an Argentina shirt to date, the deep-lying playmaker should probably have been taken to Russia. There are few midfielders that can break the lines in the same way as Paredes and the type of player that is able to do that after picking the ball up from the defence has been lacking from Argentina since Fernando Gago’s body succumbed to injury. Vélez Sarsfield youngster Santiago Cáseres or Boca Juniors’ Emanuel Reynoso may yet push on but both have some way to go before Argentina come calling.

And while Argentina’s attacking options may suggest that there is no shortage of talent, it has been in defence and in goal where La Albiceleste have suffered in recent years.

Sampaoli’s World Cup squad was evident of that with Marcos Rojo earning a starting role despite hardly playing for Manchester United and hardly impressing when he did. The need for Argentina to bring through a new group perhaps for the time being to start alongside and challenge Nicolás Otamendi and Nicolás Tagliafico is clear.

Germán Pezzella was unfortunate to miss out after an outstanding campaign with Fiorentina and given the lack of central defensive options, the 27-year-old should be in consideration going forward.

Another who could have been in Russia was Emanuel Mammana and while the former River Plate defender has perhaps not had the success in Europe that his meteoric rise and teenage international debut promised, a knee injury ended any hopes of going to the World Cup. Now returning to action and ready for the season ahead at Zenit, Mammana remains central to La Albiceleste’s future plans.

As do Tottenham’s Juan Foyth, Benfica’s recent signing Germán Conti, River Plate’s Lucas Martínez Quarta and Independiente’s Alan Franco. All talented young central defenders who could in the coming years establish themselves at this level.

Argentina’s shortage at full-back has also been clear in recent years and winger Eduardo Salvio lining up in Russia at right-back was proof of that. Fabricio Bustos was unfortunate to have played in the 6-1 defeat to Spain as it seemed to spell the end of the 21-year-old’s chances but with the pressure environment of the World Cup out of the way, Bustos should now come back into the team. Quick, dynamic and improving all the time in position, the Independiente defender is the prime candidate to take the role for Argentina over the coming years.

And finally the goalkeeping position that caused Argentina so many problems in Russia. Sergio Romero has been the number one for the best part of a decade and after his injury, Sampaoli turned to 37-year-old Willy Caballero and after his calamitous performance against Croatia, to River Plate’s Franco Armani.

Armani may yet come good but failed to live up to expectation against France and the need for a reliable long-term goalkeeper is clear. Gerónimo Rulli looked to be that keeper but a woeful season with Real Sociedad in La Liga saw the 26-year-old lose his place in the World Cup squad and now the hope is that Rulli can rediscover his form and claim the number one jersey. 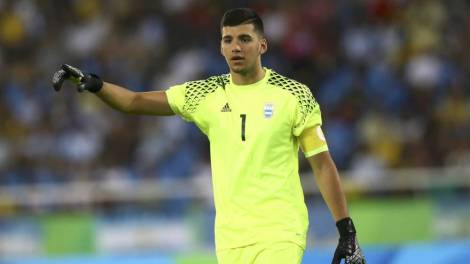 If Romero or Armani are not considered the long term goalkeepers ahead of 2022, someone from this crop of younger goalkeepers must rise up and take the gloves.

There is a great deal to be pessimistic about Argentine football and the Copa América in 2019 may come too soon but there is still some quality available to whoever assumes control and it is vital that they begin to look beyond the next 6-12 months and instead focus on rebuilding over the next four years.