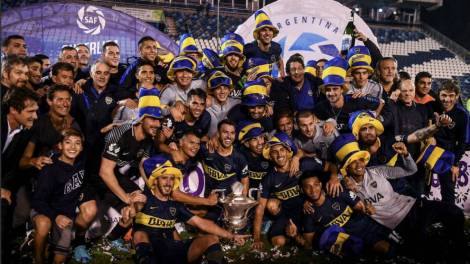 As the new Superliga season kicks off this weekend the main question fans will be asking themselves is if their club has any hope to taking down the defending champions or if the Xeneizes will reign again? No team has won back to back to back titles since River Plate did it in 2006 – 2007 (these titles were won back in the Apertura / Clasura short season format), but Bosteros believe their club is the favorite to repeat the feat achieved most recently by their arch-rivals.

While there may only be a handful of teams that could actually win the title, a successful season for some fan bases will not be dependent on holding the Superliga trophy in April. Some teams are hoping to qualify for international cup competitions. Others (including my own) will feel the season was successful if they remain in the top flight and avoid relegation. While other clubs will be satisfied if they can just win their local Clásico match.

The Superliga is back, and I can’t wait. Now it’s time for me to look like a moron as I do my best to predict some of the outcomes for the 2018/19 season.

The best team got better – or at worst, their bench got deeper. When Darío Benedetto went down last season, Boca, who were clearly front runners, took a step back and for the first time all season looked vulnerable. Now they added Carlos Tevez (returned to Boca in January), Mauro Zárate, and were miraculously able to retain Cristian Pavón.

Boca Juniors easily won the title last season and this season may be an even easier path to the three-peat. The only question is, how far will they go in the Copa Libertadores and will that cause them to drop points if they prioritize that competition above the Superliga.

Sorry to be extremely unexciting with this prediction and selecting the obvious choice, but River Plate finished last season as one of the most in form teams and if they continue on that same trajectory, the Millionarios should challenge Boca for the title.

The Superclásico comes at us fast this season. Matchday six the two biggest clubs in Argentina will face off in what could be a key match in deciding the title. The winner could have one hand on the trophy before the calendar turns to October. But just like with Boca, the question remains if River will continue to prioritize the Copa Libertadores or if the current title drought forces Marcelo Gallardo to focus on winning a domestic title for La Banda Roja.

While those from Liniers may hate him, it’s hard to argue that Mauro Zárate is not one of the handful of players who is probably too good for the Superliga and could still play a role for a club in Europe.

After returning in January to Vélez, the club improved significantly. Some of that was due to Gabriel Heinze taking over as manager, while a lot of it was Zárate rejoining his boyhood club. He saw action in 13 matches and converted 8 goals and lead the Superliga in average shots per match. It’s hard to say exactly how he will be deployed at Boca and which of their many strikers will see the most playing time. But with Darío Benedetto coming off an injury, it may take him time to get up to speed and Zárate should be given the chance to pounce on several goals early in the season.

With the Millionarios locking up Quintero permanently and the Colombian coming off a great World Cup, Juanfer should continue to distribute to the River’s front line and contribute to several goals. If Cristian Pavón stays with Boca for the entire season, he may be the frontrunner to repeat as league assist leader, but I think once the Libertadores campaign is over, he will make his way to Europe in January.

Not too many surprises here. Four of the ‘Big Five’ will qualify and last season’s runner-up will round out the top five in the league table. The Tomba, who maintained the majority of their team, including last season’s top goal scorer, Santiago Garcia, should have another extremely competitive season and keep pace with the big boys of Argentina.

Things ended poorly for Sebastián Beccacece with Argentina, but that could be a blessing for El Halcón. The club has overachieved for the past several seasons, qualifying for international competitions and performing well in those tournaments, and this season should see more of the same. While still one of the smallest clubs in the top flight of Argentine football, I have no reason to doubt Defensa y Justicia will be competitive next season in Beccacece’s return to the green and yellow.

Teams which did not qualify for an International Cup who will finish in the top 10: Argentinos Juniors and Estudiantes

El Bicho had an extremely solid first campaign back in the first division last season which saw them just one spot outside of the Copa Sudamericana. Estudiantes had one of their worst seasons in recent memory and is likely to rebound this season and regain their spot as one of the best clubs in Argentina. 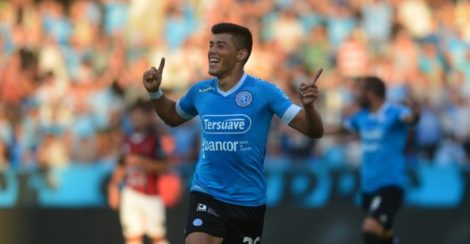 The young footballer from Santiago del Estero will be starting his second season with Belgrano after moving from Central Córdoba (S de E) last season. It was a big jump for him to go from third division to first division football, but as the season went on, he got more and more comfortable in his role, especially once Pablo Lavallen took over as manager.

But even with Lavallen, they couldn’t quite figure out his position. Was he a stricker? Was he a winger? Was he a number 10? Now with Lucas Bernardi managing the team, they seem to have figured out his position as a member of a two-headed attack alongside Matías Suárez. Say what you want about friendlies, but Sequeira has looked incredible in the preseason, and if he can carry that level of play into the Superliga, he will become a name more and more people are aware of.

Above I mentioned that if Pavón stays in Argentina the entire season, he could potentially capture the assist title for a second straight season, but after begging Jorge Sampaoli to start Pavón during the World Cup, when he finally did play, he was disappointing. My concern is that Pavón may have his mind on a European transfer and while that could motivate him to step up, his performance in the World Cup makes me think he might stumble under pressure. I admit this is likely to be a ridiculous prediction and I will accept all hate thrown my way from Bosteros when Pavón proves me wrong.

All four of these clubs are in or near the danger zone as this season starts. But the reality is that half the league could fall into the relegation battle if they do not have positive campaigns. Patronato is the only of the four clubs currently above the drop zone, but just by one single point, and they lost their top goal scorer, Sebastián Ribas, to Lanús. While several clubs could be in danger of relegation this season, I believe the other clubs have done more in the transfer window to keep themselves above water for at least one additional campaign.

There you have it. Predictions made. Now let’s get the football started.

Jimmy lived in Córdoba, Argentina as a teenager and is still an active Socio for his beloved club, Belgrano. He currently lives in Seattle, WA and loves to write about football when he has a break from work and family. He also runs the Belgrano – English twitter account.