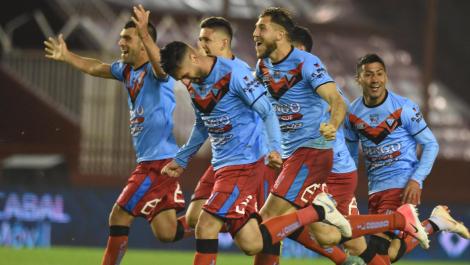 Independiente may have been without several players on international duty but there was little excuse for the manner in which Ariel Holan’s side limped out of the Copa Argentina on Monday evening. After a 1-1 draw with B Nacional club Brown de Adrogué, El Rojo suffered what was a well deserved penalty shootout defeat.

At no point during the 90 minutes in Lanús did Independiente look interested and even after Emmanuel Gigliotti was barged over by goalkeeper Martín Rios allowing Silvio Romero to score a 23rd minute penalty, El Rojo continued to simply drift.

The warnings were there and former Racing Club youngster Braian Guille continued to cause Independiente problems. The 21-year-old had already tested Martín Campaña once when just before half time he was clumsily brought down by Emanuel Brítez. However, where Romero succeeded for Independiente, Juan Olivares saw his penalty palmed away by Campaña.

What should have been a wake-up call for the Superliga club was ignored and Brown earned their equaliser just after the hour mark. A long punt clear eluded the entire Independiente defence and Olivares made amends for his earlier miss with an assured finish.

Independiente never really looked like finding a winner and so another Copa Argentina tie was forced to the spot. Brown kept their cool and were perfect from the spot and so when Brítez saw his effort saved and finally the 41-year-old Rios kept out Nicolás Figal’s, victory was secured.

Brown will now play Central Córdoba in the last 16 with a tantalising quarter final against either Boca Juniors or Gimnasia lies ahead.