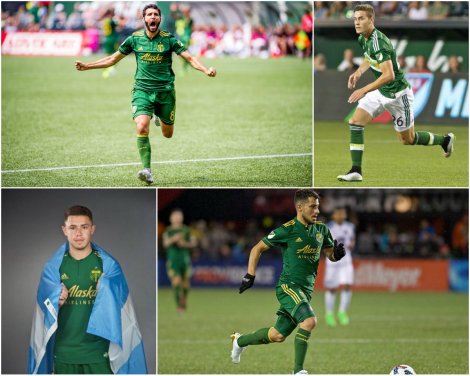 After his look at Atlanta United’s Argentinian contingent, Elmer Plasencia returns to cast his eye over the success that Albiceleste products have brought Portland Timbers…

The Portland Timbers played their first season in Major League Soccer in 2011 and largely struggled during their first two seasons under John Spencer. The club’s fortune changed in 2013 with the hiring of Caleb Porter and the signing of Diego Valeri. The pair led the Timbers to their best season finishing third in the Supporters Shield race, making their first MLS Playoffs appearance and reaching the US Open Cup semifinals.

Since that first season under Porter, Portland has used seven different Argentinians on their roster on their way to winning an MLS Cup and being one of the strongest clubs in MLS.

Following the 2017 campaign, Porter parted ways with the Timbers bringing on the Giovanni Savarese era in Portland. Savarese has brought a disciplined style of play to the Timbers, emphasizing creativity in his attack, ground passing and a solid defensive core at the back. 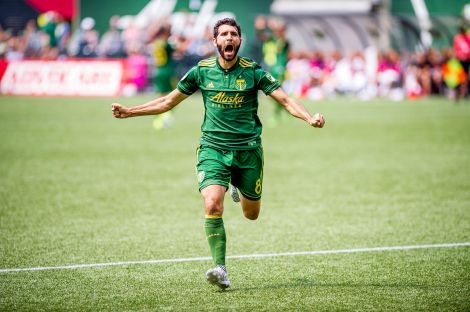 Valeri arrived in Portland as a Designated Player (DP) in January of 2013 on loan from his lifelong club, Lanús. The playmaker was an instant success winning MLS Newcomer of the Year and being named an MLS All-Star and Best XI.

During his time in Portland, he has been named MLS MVP, MLS Cup MVP, best XI on three occasions and an MLS All-Star on four occasions. Valeri is the Timbers all-time leader in goals and assists with 70 and 68 respectively and the 32-year-old has added ten goals and ten assists in 2018.

Winning the MLS MVP award last season, Valeri shows no signs of slowing down. He is beloved by fans in Portland and he seems to feel the same about the city, the club and its fans. He has spoken about being very happy and settled in, expressing gratefulness to get to raise his daughter and mature as a family in Portland. He has expressed interest in coaching and one could see Valeri make the switch from the pitch to the sideline once he hangs up his boots.

Blanco’s arrival to Portland as a DP signing added a wide attacking option that the club had lacked in 2016 as they failed to make the playoffs the year after winning MLS Cup. The talented winger brought over 250 appearances with Lanús, Metalist Kharkiv, West Bromwich Albion and San Lorenzo. His experience and skill made an instant impact on Portland as he made 34 appearances in his first season with the club while producing eight goals and eight assists.

Blanco has continued to produce in 2018 after helping Portland reach the playoffs in 2017. This season he has scored six goals and made eight assists. Most recently, he won MLS player of the week with two assists in a victory over Colorado Rapids. Since his arrival, Blanco and his wife have had a daughter and he has made friendships teammates like Diego Valeri. Blanco seems settled in MLS but with rumors of interest from Argentinian clubs, only time will tell what the future holds. 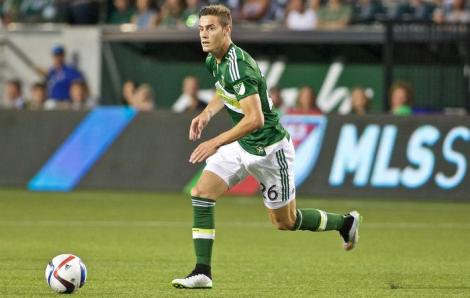 Melano came from Lanús to Portland in July of 2015 as a DP signing. Making his professional debut in 2011, he amassed over 80 appearances for Belgrano and Lanús. He met expectations early on making 19 appearances in his first season with the Timbers producing two goals and four assists.

However, in his second season, Melano struggled to find his form despite appearing in 31 matches. He failed to make a consistent impact only producing three goals and five assists.

This lack of form led to 2 year-long loan spells back in Argentina with Belgrano and Estudiantes. In August, the transfer of Fanendo Adi opened up an international spot and left a void in the attack. This paved the way for Melano’s return, he continues to settle in but will look to make an impact down the stretch as Portland makes another playoff push.

“We believe [Conechny] has the tools to become a dangerous attacker in this league moving forward.”

Coach Savarese is excited about this young talent, and it’s easy to see why. #RCTID pic.twitter.com/9i7fs81ii0

A star in Argentina’s youth sides, Conechny came to Portland this past July from his childhood club San Lorenzo on loan with an option to buy. Conechny made his debut in 2016 but has struggled to find time only appearing 14 times. Despite this he has had standout performances for Argentina’s youth side and has huge potential.

Upon his signing, the club spoke highly of the youngster stating that they had been following him closely and he has the tools to become a dangerous attacker in MLS. The attacker showed excitement on the move to Portland and since joining the club he has played for the reserve side (Timbers 2) scoring a goal and making two appearances.

In the next installation of Argentinos Abroad we will be heading to the Midwest and taking a look at Columbus Crew SC. We will look at how their history of Argentinians at the club has helped shaped the club’s success and their current contingent of Argentinians in Columbus.