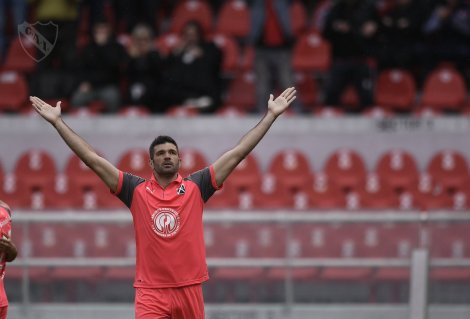 Another week of Superliga action done and so Golazo Team & Goal of the week is back.

With thirteen matches to choose from here are the eleven that impressed from round nine, along with our Player of the round and pick of the goals. All stats come courtesy of WhoScored.com, who also provide previews and live in-play match stats for all Superliga matches. Feel free to disagree and leave a comment suggesting who you thought should have made it…

River Plate were well below their best as they prepare for the Copa Libertadores semi final but an improved second half display could still have been enough to snatch a win over Colón. Were it not for goalkeeper Leonardo Burián maybe it would have but the Uruguayan made seven saves to keep a clean sheet and earn his side the points.

Newell’s Old Boys were in desperate need of a win on Saturday and while the performance of Facundo Nadalín went under the radar, the 21-year-old was excellent at right-back. A key part of the clean sheet with four clearances and two interceptions but also a willing outlet down the wing, completing four dribbles.

It was Fabricio Fontanini’s header that set Newell’s on track for victory over Tigre but his subsequent defensive display shouldn’t be ignored. The former San Lorenzo defender made eleven clearances and won possession five times as La Lepra kept out the visitors on the way to three points.

There is good reason why European clubs are watching Leonardo Balerdi and while Boca Juniors were laboured in their draw with Rosario Central on Saturday, the 19-year-old was tremendous. An assured presence in central defence, Balerdi made nine clearances and five tackles as Boca kept a clean sheet.

It’s not been an easy time for Lanús but El Granate finally earned their first win of the season with victory over Patronato. The versatile Nicolás Pasquini was at full-back and showcased his attacking ability to get forward and create the game’s opener for Sebastián Ribas.

As first goals go, Valentín Burgoa’s 25-yard effort for Godoy Cruz wasn’t bad and ultimately earned El Tomba a victory over Aldosivi. The 18-year-old stepped into the side and produced an excellent all round display, winning the ball on four occasions and carrying it forward with purpose. Burgoa’s superb left-footed strike from distance capped a great performance. 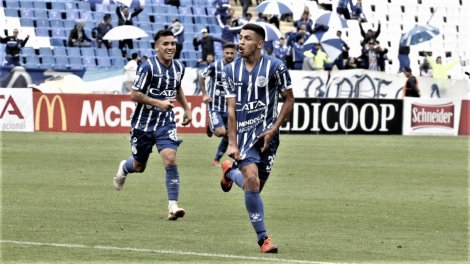 It is safe to say that Fernando Gaibor hasn’t lived up to expectation since joining Independiente but on Sunday, the Ecuadorian provided a reminder of just why El Rojo signed him. Gaibor was instrumental to the win over Huracán, splitting the defence for the opener after two minutes and spraying passes around from deep. If the 27-year-old can now maintain this level with a run in the team, Independiente have a real asset.

Unbeaten Defensa y Justicia could go top if they win their two games in-hand and while manager Sebastián Beccacece deserves credit so too do many of his young side. Matías Rojas’ superb free-kick set El Halcón on the way against Talleres but the Paraguayan has proved a shroud addition to the midfield.

Claudio Bieler understandably stole the headlines with his match winning brace against Racing but Matías García deserves enough praise for his assist for the winner. An outstanding run from around halfway down the wing, left two Racing defenders in his wake and García had the presence of mind to look up and cut the ball back for Bieler.

By his own admission Emmanuel Gigliotti is in the best form of his career and after another brace on Sunday, the Independiente striker now leads the scoring chart with eight goals in as many games. El Rojo and Gigliotti could have had even more but El Puma is proving to be the perfect number nine in Ariel Holan’s system at present and in addition to his two excellent finishes, Gigliotti laid on another for Martín Benítez.

It looked as though it would be a pretty tough evening for Claudio Bieler when San Martín went down to ten men early on against Racing Club but the veteran centre forward stayed alert and eventually punished his former club. Two chances in five second half minutes were both finished emphatically and with it, Bieler earned San Martín a first league win.