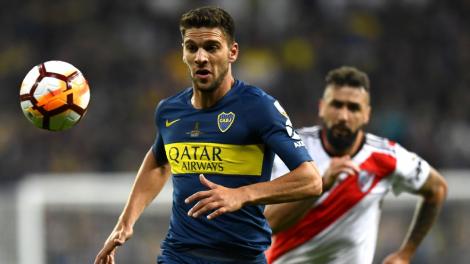 One year on from Lisandro Magallán arriving in Amsterdam and undergoing a medical, the Boca Juniors central defender has finally put pen to paper on a four-and-a-half-year deal with Dutch giants Ajax.

Not put off by the collapse of the transfer last summer, Ajax completed the €9 million deal for Magallán on Wednesday and the 25-year-old will make his first steps in European football.

After defeat in the Copa Libertadores final and with manager Guillermo Barros Schelotto leaving there is the sense that Boca Juniors are at the beginning of a new cycle in 2019 and so it’s an ideal time for Magallán to make the switch. With former club Gimnasia still owning 20% of the defender, Boca will make around €6 million after tax from the transfer.

A key part of the Boca that lifted the Superliga title last season, Magallán has grown into his starting role at La Bombonera since signing from Gimnasia in 2012 for $1.4 million. Two loans with Rosario Central and Defensa y Justicia respectively and a bit part in his earlier seasons with Boca, Magallán developed into a regular under Barros Schelotto.

Given Licha’s profile and link with a possible Argentina call-up last year an eventual transfer always looked likely with Boca eager to cash in and the player wanting to test himself in Europe. However, many may question the €9 million transfer fee and feel that Ajax have been forced to overpay by one of the few Argentinian clubs able to play hard-ball in such negotiations.

Physically strong, good in the air and a decent reader of play, Magallán has been a solid if unspectacular part of Boca’s, at times unconvincing, backline. Lacking pace and positionally suspect on occasion, whether the 25-year-old can progress at this stage of his career is questionable and there would appear to be better value in the Superliga elsewhere.

Regardless of price and potential for growth, Ajax have acquired a useful defender with far more experience than many prior to making the move to Europe. Just as the Dutch club did with Nicolás Tagliafico to great success, the expectation will be that Magallán can immediately compete for a starting role and will need little time to adapt.

Few would put Magallán in the same bracket as Tagliafico and the new signing certainly doesn’t come at the same bargain price as the former Independiente captain did one year ago but the pair could form an important relationship defensively with Ajax battling for the Eredivisie title and up against Real Madrid in the Champions League last 16.