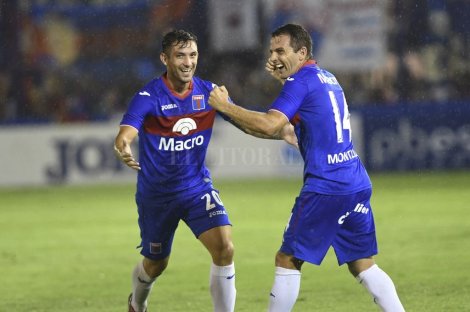 Tigre remain in deep trouble but following last week’s win over Rosario Central, El Matador came from behind to secure another three points against rivals Patronato.

Néstor Gorosito’s first game in charge could barely have gone better last week and there now looks a real belief that Tigre could pull off a miraculous escape. Germán Berterame slotted Patronato ahead in Victoria but the lead didn’t last long as Walter Montillo found Federico González and the centre forward volleyed low past Sebastián Bértoli.

Montillo, so impressive last weekend, was central to Tigre’s success once more and the veteran struck the winner ten minutes after the break thanks to a Bértoli howler. A free-kick out wide on the left, at far too acute of an angle to ordinarily threaten the goal, slipped through the fingers of the Patronato goalkeeper and into the net.

Patronato remain in the relegation zone and so too are Tigre but there gap is now only five points, provided San Martín don’t get a result away to Newell’s on Monday.

Back-to-back draws had meant that Hernán Crespo was still waiting for a first win as Banfield manager after four games in charge and on Friday evening in Santa Fe, the former Argentina striker’s side finally broke that duck.

El Taladro looked good against River Plate last weekend and led against Colón after only quarter of an hour, Juan Alvarez flicking in after a fine run by Jesús Dátolo. That proved enough as the home side couldn’t find a way past Mauricio Arboleda and in a game of few clear chances, Banfield’s solitary strike was enough.

And in La Fortaleza, Lanús bounced back from defeat against Boca Juniors to immediately restore their fine form with victory over Rosario Central.

Tomás Belmonte arrived in the penalty box to volley El Granate from close range after quarter of an hour and although the home side had to wait until the final minute of the game to wrap it up, José Sand scored for the fourth consecutive game. Five wins in six games for Lanús and while relegation for next season remains a concern, El Granate are rocketing up the table.