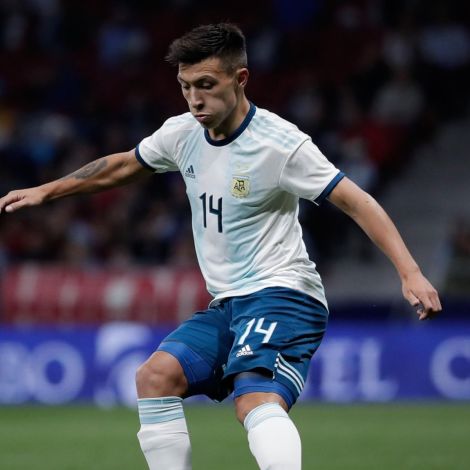 The pain of Wednesday’s agonising Champions League semi final exit will still be raw but Ajax supporters can perhaps take some solace from the news that Argentinian defensive talent Lisandro Martínez is close to agreeing a €7 million move to Amsterdam.

According to reports in Argentina, Ajax have made a formal offer for Martínez and with Defensa y Justicia willing to accept, all that remains is for the club to complete the purchase of the remaining 50% of his contract that had remained with former club Newell’s Old Boys.

Juan Pablo Vojvoda astutely used his inside knowledge of Newell’s having left his coaching role at the club for his first managerial job at Defensa y Justicia in 2017 to bring in Martínez. And following an initial short-term loan, El Halcon paid just $750,000 for a 50% stake in the 21-year-old.

The option to purchase the remaining 50% from Newell’s is worth $1 million but given Martínez’s performances and the opportunity to make a quick profit, this shouldn’t prove to be a stumbling block.

One of the standout players in this season’s Superliga, Martínez was an ever-present part of Sebastián Beccacece’s impressive Defensa y Justicia side that made a historic title challenge only to fall short and ultimately finish in a club-best runners up spot.

Two goals and three assists, Martínez is technically superb, comfortable on the ball and with a wide range of passing that would appear a perfect fit for a club like Ajax.

It is perhaps the 21-year-old’s diminutive frame that has led to some hesitancy from other European clubs but Martínez is deceptively good in the air and makes up for this with his excellent reading of the game. As Defensa y Justicia kept the second best defensive record in the league, national team recognition followed and Lionel Scaloni handed Martínez his Argentina debut against Venezuela in March.

River Plate had understandably been linked with a move for the exciting young defender but it now seems as though Ajax will be adding Martínez to their Argentine defensive ranks with Nicolás Tagliafico and Lisandro Magallán.