Argentina already lost midfielder Exequiel Palacios to injury and now goalkeeper Esteban Andrada has been ruled out of the Copa América with only a little more than 24 hours before La Albiceleste’s opener against Colombia.

The Boca Juniors number one collided with Guido Rodríguez in training and while tests for any ligament damage to Andrada’s knee came back negative, it did cause a synovitis (liquid around the joint). With little time to further assess the injury and difficulties to do so until the inflammation decreased, Argentina’s medical team and technical staff made the decision to bring in a replacement.

Copa América regulations allow for changes to be made to the squad list up to 24 hours prior to the opening game and with that in mind, Argentina have moved swiftly to call up former Racing Club goalkeeper Juan Musso.

CONMEBOL will need to verify the injury and authorise the change but that shouldn’t prove an issue.

The news of Andrada’s injury was not only a blow for Argentina but a cause of real concern for Boca Juniors. The Xeneizes begin preseason next week ahead of their Copa Libertadores last 16 clash against Athletico Paranaense in July and Boca were immediately in communication with Argentina.

That shouldn’t be a problem for Boca with Andrada perhaps out for ten days but it was enough for Argentina not to risk keeping the goalkeeper as part of the squad.

Juan Musso will be brought in having been part of Lionel Scaloni’s preliminary squad and making his debut back in March in the friendly against Morocco. 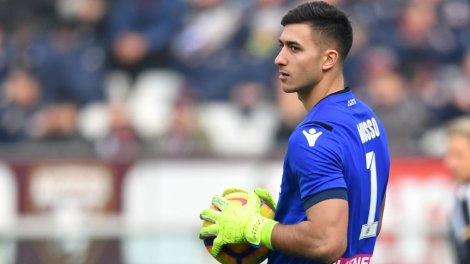 The 25-year-old came through Racing’s famous academy to establish himself as first choice at the Cilindro before earning a move to Udinese in 2018.

A debut season in Serie A saw Musso start 29 times, conceding 40 goals and keeping seven clean sheets as Udinese finished 12th. A good shot stopper, Musso forced his way into Scaloni’s plans and now with injury to Andrada and some questioning Franco Armani’s position as La Albiceleste’s number one, there could be a terrific opportunity.

Armani will start against Colombia but unable so far to reproduce his club form for Argentina, the goalkeeping position is one which remains open.