While the Superliga kicked off last weekend, plans for the Primera “B” Nacional were finally officially announced on Thursday. The AFA previously stated that the league would start the second weekend of August, but during the presentation of the new season, no official dates were shared.

What we do know is that the Primera Nacional will be made up of 32 teams split into two zones of 16. There will be two teams promoted into the Superliga and two sides relegated. The winners of each zone will face off against each other – the champion receiving promotion into the Superliga. The loser of the final will join the teams that finish in second, third, and fourth in each zone and will play a tournament for the second promotion spot. The bottom team of each division will be relegated. The promedios have been removed for the Primera Nacional and all other competitions below the Superliga.

Each team will play every other team in their respective zones home and away for a total of 30 matches. On Thursday afternoon the AFA held a draw to determine which clubs would make up the two divisions. The draw went as follows: 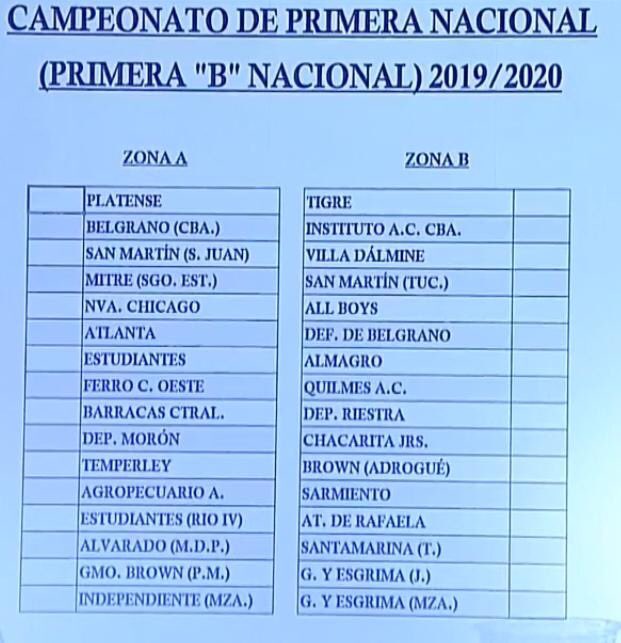 While the dates and times of the matches are still unknown, the first weekend’s fixtures will be:

Mitre vs Estudiantes Bs As

Chacaritas Juniors vs All Boys