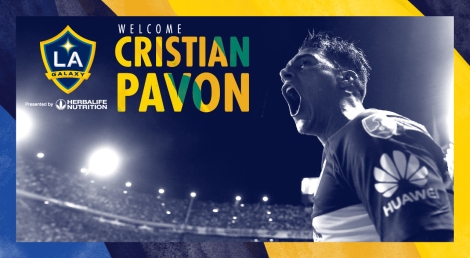 No one would have predicted Cristian Pavón leaving Boca Juniors for LA Galaxy on loan one year ago and while the move speaks volumes of just how far the the 23-year-old’s stock has fallen over the past 12 months, it could still prove to be a masterstroke for the MLS club.

Weeks of negotiations finally came to an end this week with Cristian Pavón travelling to Los Angeles and sealing a reunion with former Boca Juniors manager Guillermo Barros Schelotto at LA Galaxy.

The club announcing on Thursday that the 23-year-old has signed on loan using Targeted Allocation Money (TAM) with reports  suggesting that this could be extended in 2020. At that point Pavón’s salary would jump and the forward would require a designated player spot with Galaxy also holding the option to break the MLS transfer record and sign the Argentina international on a permanent deal for around $20 million.

Any such move is a long way off and will depend on Pavón rediscovering the form that not only made him a teammate of Lionel Messi for La Albiceleste but one of the most sought after youngsters in world football. The very fact that Kichan is in LA on an initial loan is due to Galaxy and any other European interest not matching Boca’s hefty valuation.

“Cristian is a young and dynamic attacking addition who has the talent to be one of the most effective offensive players in Major League Soccer,” LA Galaxy General Manager Dennis te Kloese told the club’s official site.

“He is a high-caliber player who will be a valuable piece to our roster moving forward. By providing him with a stable environment and a coach he knows well, we are confident that he can continue to grow and improve as a player within our club. We are extremely excited to add him to our squad and look forward to his contributions with the LA Galaxy.”

Te Kloese is right to say that Pavón has the potential to be a major player in Major League Soccer. Moving to a league which is inherently stacked in favour of attackers with clubs putting far less emphasis on defence and linking back up with Guillermo Barros Schelotto certainly provides the most accommodating of platforms.

Lightning-quick and a goal threat off either wing, Pavón was instrumental in Boca Juniors winning back-to-back titles under Barros Schelotto. Fifteen goals to his name during those campaigns and five more assists, the prolific Darío Benedetto, now at Marseille, admitted ‘half my goals I owe to Pavón.’

This was the type of talent that Boca anticipated when they signed Pavón from his boyhood club Talleres in 2014. A prodigious talent who had made his senior debut at seventeen a year earlier, the flying winger had already displayed his clear potential and a subsequent loan with Colón only enhanced that.

Returning to La Bombonera to become a key figure in the side, Pavón has racked up 108 appearances, scoring 28 goals and adding 32 assists to help the club to three league titles, the Copa Argentina and the Supercopa Argentina.

However, the big one got away. The biggest game in Argentine football history – the Copa Libertadores final – ended in defeat to bitter rivals River Plate and in truth, Pavón’s form had begun to slip before that devastating loss.

Forcing his way into Jorge Sampaoli’s Argentina squad earlier in the year, earning praise from Lionel Messi and going on to play in every one of La Albiceleste’s ill-fated World Cup campaign, Boca were certain that Pavón would yield a massive profit for the club. Rumours of interest from the likes of Arsenal and Boca holding out for well in excess of €30 million proved to be the peak and it has been the sudden decline that has produced the stand-off during this transfer window.

Boca evidently looking to move on Pavón, no longer required by manager Gustavo Alfaro, but not wanting to appear too willing to entertain low offers. The question was how far were Boca willing to drop?

Not far enough to accept Galaxy’s approaches for a permanent deal but ultimately unable to completely disregard them given that rivals bids from Europe never materialised.

Whether Boca ever see close to that $20 million figure remains to be seen and will depend on how Pavón performs in the United States but regardless the player needed a change of scene.

“The truth is the process [of signing] was long; the wait was long. Luckily I am here now, and I will try to enjoy and give my best in every game I play and in every training session,” were Pavón’s words upon completely the deal.

“I will try to first adapt in the best way and [because at] Boca I was in top form, and now I want to try to find that level here and try to be better here at the Galaxy. I will try to give my best, win everything with the Galaxy and give it my all.”

If Pavón was to recapture his best form and click with Zlatan Ibrahimovich then the Galaxy couldn’t be ruled out in an MLS title run. Were it to happen then perhaps Boca will see close to the $20 million figure that most are now skeptical that they will ever see.

Galaxy supporters have every right to be excited. Pavón could prove an instant hit in MLS and provide a real boost to Barros Schletto’s aspirations but equally they may eventually join the many that wonder how the forward was ever thought of quite so highly. It is this doubt that makes the transfer so intriguing.