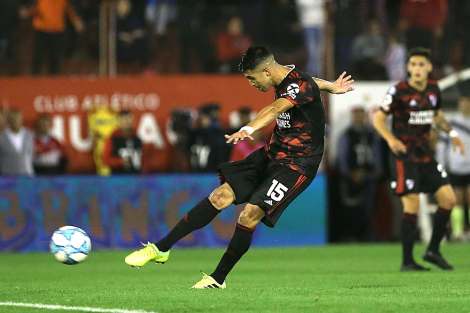 Diego Maradona’s return to Argentinian football as Gimnasia manager and the Clásico Rosarino provided the main headlines from Round Six but there were also some superb individual performances across the weekend.

With twelve matches to choose from here are the eleven that impressed from round six, along with our Player of the round and pick of the goals. All stats come courtesy of WhoScored.com, who also provide previews and live in-play match stats for all Superliga matches. Feel free to disagree and leave a comment suggesting who you thought should have made it.

To catch up with previous Teams of the week….

A vital penalty stop earned Talleres three points away to Banfield on Sunday as Guido Herrera continues to prove not only his importance to La T but as one of the Superliga’s best goalkeepers.

Boca Juniors went top on Sunday evening with victory over Estudiantes and in part that was due to the vital clearance of Marcelo Weigandt. The visitors were a whisker away from a late equaliser before the youngster’s headed intervention and it was another committed display from the impressive 19-year-old.

Godoy Cruz threw all they had at Argentinos Juniors yet the travelling Bichos held on for an excellent win on the road. Carlos Quintana was a rock at the back and as the home side went direct, the 31-year-old won 13 aerial challenges – winning every single one – his eight clearances and six interceptions helped keep the vital clean sheet.

Handing San Lorenzo their first defeat of the season required a big performance from Colón and they got that from Emanuel Olivera in defence. The 29-year-old made a vital clearance off the line in addition to three tackles (100%), five interceptions and three clearances to preserve the lead and ensure three points.

Another tremendous performance from Milton Casco who continues to go from strength to strength in a River shirt. Arriving in the box to open the scoring and begin the rout, the 31-year-old was a constant threat down the left side and provided so much to the incessant River attacks.

With Juan Fernando Quintero yet to make his return, River have needed Nicolás de la Cruz to step up over the past few months and the Uruguayan has done just that. Whether in the Copa Libertadores or in the league, De La Cruz has been superb – a goal and five key passes on Saturday, Huracán couldn’t contain River.

After a slight dip in form a few months ago, Exequiel Palacios has returned with a vengeance. A brilliant international break with Argentina and then a stunning performance against Huracán on Saturday. The 20-year-old’s wonderful goal from distance capping off what was a great all-round display.

Arsenal bounced back from consecutive defeats to record another win and Nicolás Giménez was again instrumental. The 23-year-old scored his second goal of the season but also contributed three key passes and five successful dribbles at the heart of the Arsenal attack. 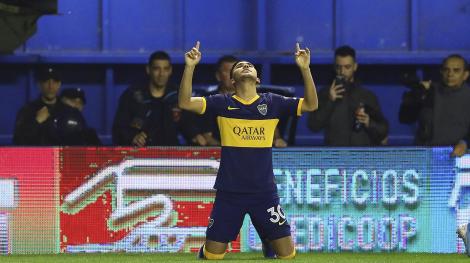 Emanuel Reynoso has really come to the fore under Gustavo Alfaro and against Estudiantes on Sunday, Bebelo was the match winner. Pouncing early to score the only goal it was a terrific midfield performance – six tackles (100%), three dribbles (100%) and six key passes, Reynoso was at the centre of everything.

Just as he was at Atlético Tucumán, Luis Rodríguez is the catalyst for Colón going forward and the flea was decisive in the somewhat surprise win over San Lorenzo. The veteran forward won the penalty that he then dispatched and then set up the winner with a smartly taken free-kick.

There wasn’t much to cheer about for Independiente in Sunday’s 2-2 draw with Lanús yet Silvio Romero produced a performance to suggest that the 31-year-old may yet be the number nine needed. Two goals, the second superbly taken, took Romero’s tally to three in three for the season.