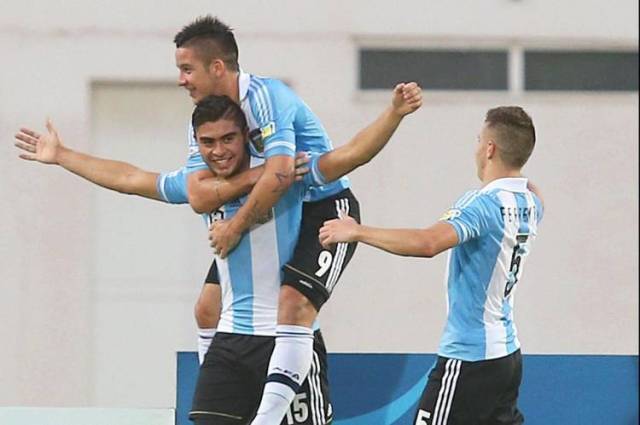 Argentina’s Under 17s may have started the tournament slowly but they are gaining momentum and with the earlier 2-1 victory over a strong Ivory Coast side, confidence will be high going into Tuesday’s Semi Final against holders, Mexico.

Humberto Grondona’s boys started well and led after just 6 minutes when Joaquin Ibáñez took advantage of the space given to him by the African defence to chest the ball down and rifle the ball past Seck Diabagate.

Just after half an hour the lead was doubled as a corner from the right was allowed to bounce across the face of goal to allow Independiente’s, 16-year-old, centre half, Rodrigo Moreira to bundle the ball in.

A sleepy second half performance allowed the Ivorians a foot hole back in the game and when Diego Vera was adjudged to have handled, referee, Wolfgang Stark pointed to the spot. Franck Kessie converted the spot-kick with over 10 minutes remaining but they were unable to force an equaliser.

Argentina move on to Tuesday’s Semi Final hoping that they can finally win the only tournament that Argentina have not won.