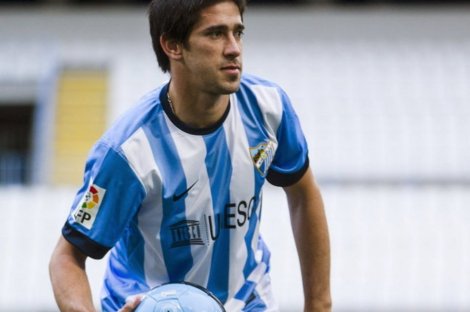 Boca Juniors are expected to announce the Rodolfo Arruabarrena’s first signing ahead of the 2015 season with a year and a half long loan for Pablo Pérez from Málaga. The 29-year-old should be confirmed shortly after Boca reached an agreement with the La Liga side.

It has been made very clear that Boca Juniors will be fairly active in the transfer window particularly in the attacking areas, as Arruabarrena is aware of his sides lack of creativity and goal threat. Midfielders like Fernando Gago and Marcelo Meli do not break beyond the strikers and as a result this is an area that the side are keen to strengthen. In Pérez, Boca would have a player who is comfortable on the ball, who can beat a man and will look to link the play between the deeper midfielders, like Gago and the strikers.

In spite of the several links earlier with centre forwards and Juventus actually issuing a hands off statement over Carlos Tevez (as if it was actually going to happen), it is now reported that Arruabarrena is content with his options and it is in the position of Pérez where he seeks reinforcements. For this reason, El Vasco has requested that Emanuel Gigliotti is kept at the club, despite the penalty miss in the superclásico, and he competes with the current roster of Jonathan Calleri, Andrés Chávez, Juan Manuel Martínez and Federico Carrizo.

Pérez only joined Málaga last January but has found it difficult to break into the side. The 29-year-old has played most of his career with his boyhood club Newell’s Old Boys, and was part of the squad that won the Torneo Final 2013. Certainly a fit, motivated and in-form Pérez will add a little bit of guile to the Boca attack ahead of a busy 2015 and potentially a Copa Libertadores campaign.