With Racing Club emerging as the somewhat surprising, yet deserved, champions, La Academia feature heavily in this review. Diego Cocca’s side finished the season like a freight train and as the rest of the country awaited the Racing-like implosion, Diego Milito led his boyhood club to a first title since 2001.

River Plate enjoyed an impressive debut season under Marcelo Gallardo, an although they were pipped to the title they did capture the Copa Sudamericana title, ending their 17-year wait for an international title.

There has of course been a huge amount of headlines in Argentina over the past few months but I will wrap all this up in a 2014 review in early January. To tide you over until then here are the selections….

MANAGER OF THE TORNEO 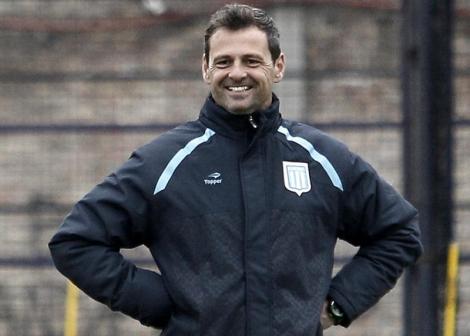 In spite of the attractive football that Marcelo Gallardo had River playing and their Copa Sudamericana triumph, it is impossible to look beyond Racing boss, Diego Cocca. The 42-year-old emerged as the new face of Racing after a disastrous reappointment of aging club legend, Mostaza Merlo in the previous season. Fresh from gaining promotion to the Primera with Defensa y Justicia, Cocca and several excellent signings took Racing from foot of the table strugglers to champions, playing an excellent brand of football, centered on a solid defensive unit and spearheaded in attack by Diego Milito and Gustavo Bou. When you look back on Racing’s second half of the season it is little wonder they emerged as champions: Played nine, won eight, drawn one, conceding one and scoring fifteen.

TEAM OF THE TORNEO

Goalkeeper
Sebastián Saja (Racing Club)
The ten clean sheets that Saja kept en route to the title are reasons enough for Chino to be named as the goalkeeper of the tournament but no player embodied Racing’s title triumph more than the 35-year-old. 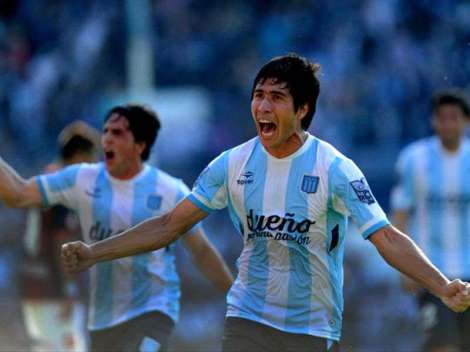 Gabriel Mercado (River Plate) – River had the tightest defence in the league conceding only 13 goals as they finished runners up and so in fairness, a number of other players could have featured here. 27-year-old Gabriel Mercado showed why he is perhaps the division’s top right back with his consistent performances. His stunning strike away at Vélez also rescued River a point and in spite of Gallardo’s rotation in defence, Mercado was an almost ever present.

Luciano Lollo (Racing Club) – Racing undoubtedly benefitted from being able to name almost the same defence in every match but Luciano Lollo was key to their success as he played in all 19 matches. An early season goal that gave Racing victory over San Lorenzo was important but the solidity that Racing displayed in the second half of the season was central to their triumph.

Osvaldo Barsottini (Gimnasia) – There were not many reasons to watch Gimnasia this season but had it not been for their stubborn defence things might have been far worse. Only River Plate conceded less goals and the well travelled Barsottini was a crucial part of that.

Lucas Licht (Gimnasia) – Not only was Lucas Licht also part of the steely defence with Barsottini but the marauding left back was also one of their most dangerous offensive players on occasion. A superb goal against Independiente gave Gimnasia a valuable away win. 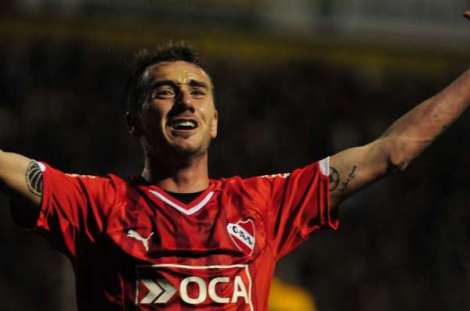 Ezequiel Videla (Racing Club) – One of Racing’s shrewdest buys prior to the Torneo Transición was picking up 26-year-old, Ezequiel Videla from relegated Colón. Even in their dismal performances, Videla shone and that did not go unnoticed by Racing. The central midfielder provided excellent shielding of his backline and a decent outlet from his deep position on the field.

Federico Mancuello (Independiente) – Independiente’s title challenge in itself was somewhat of a surprise but the form of Federico Mancuello was startling. The 25-year-old had looked a fraction of the player that Jorge Almirón discovered since he made his debut in 2008 but suddenly found himself in the kind of form that undoubtedly leads to a move elsewhere. A $5 million transfer to Europe beckons and El Rojo will certainly miss Mancuello’s goals from midfield as the academy product’s 10 put him among the league’s top scorers.

Leonardo Pisculichi (River Plate) – Like Videla, Leonardo Pisculichi shone in an otherwise dreadful side in last season’s Torneo Final. As Argentinos Juniors dropped into the Nacional B, Pisculichi did his utmost to keep them in the top flight. If he wasn’t scoring the goals he was creating them and the 30-year-old continued that form for River Plate. Marcelo Gallardo quickly realised that there are far better players in Argentina playing in the hole behind the strikers as Piscu scored a number of vital goals in both the league and the Copa Sudamericana. 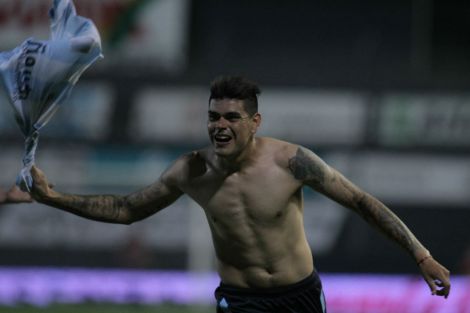 Diego Milito (Racing Club) – While Milito may not have been the most prolific goal scorer in the Torneo Transición his influence can not be measured purely by his individual tally.

Teo Gutiérrez (River Plate) – As River equalled their club record unbeaten streak, Teo Gutiérrez was climbing up the club list of goalscorers in consecutive matches. The Colombian striker was in electrifying form at the start of the season and although he did tail off slightly he was still central to River’s successful start to life under Marcelo Gallardo.

Gustavo Bou (Racing Club) – For the large part of Gustavo Bou’s career, the 24-year-old has looked rather hopeless and River certainly would not have had any regrets over letting him leave but in tandem with Diego Milito, Bou suddenly became one of the most dangerous strikers in the division. Ten goals in total and at crucial moments, the test now is to see if this season was simply a flash in the pan.

PLAYER OF THE TORNEO

While Diego Cocca should rightly receive praise for this management skills, the impact of Diego Milito’s return to Racing cannot be understated. Already a club legend, after coming through the youth ranks to be part of the side that won the 2001 Apertura, Milito has been the on-field catalyst behind Racing’s resurgence. 6 goals in total, two in the crucial win against Rosario Central but a role in the side that far outweighs just his goals. Gustavo Bou has emerged as a genuine goal scorer, a million miles away from the rather hopeless looking striker that River remember and Milito deserves enormous credit for this. It is little surprise that Racing’s minor blip came when Milito went off injured during the Avellaneda clásico and then missed the subsequent matches. Since his return and Racing’s remarkable form, Milito’s experience has been crucial. When those around him could easily have choked under the pressure he has been the calming presence in the side.

GOAL OF THE TORNEO

With a number of glorious goals to mull over I have instead opted to select four of the best. Make up your own mind which you think is the best….