The 30-team Primera will kick off in February and so with the last short tournament now done and dusted we take a look back over how each of the twenty sides performed. No guesses for which club achieved the highest grade but there were some other excellent performances and some clubs who will need a real improvement in 2015.

A curious season for Martín Palermo’s side who were virtually unbeatable at home but equally dreadful on the road. Having gone almost the entire season unbeaten in the Estadio Julio Grondona and winless outside of it, Arsenal finished the campaign with two thumping away wins against Newell’s and Atlético Rafaela sandwiched either side of their only home defeat against Belgrano. Ten goals from those two away fixtures for a side who had struggled to score goals all season saw their goal tally flourish. Uruguayan, Brahian Alemán was the star man and a number of spectacular strikes from his clever left foot saw the locals clamouring for a national team call up.

La Crema’s season couldn’t have finished quick enough and certainly the players seemed to have taken off on their holidays early if the final day 6-1 thrashing at home to Arsenal is anything to go by. Home wins over Boca and San Lorenzo gave something to cheer about and a streaky win in Avellaneda gave them victory over champions, Racing. The run to the Copa Argentina semi final provided Atlético with their best chance of silverware but defeat to Huracán ended that and also saw the season fizzle out.

For all of their tidy football, Banfield’s lack of quality ultimately cost them. Matías Almeyda will have been buoyed on occasion with some of the football his side produced but all too often saw them throw away sloppy goals and a lot of points. Ecuadorian attacker, Juan Cazarez provided a bright spot and it will come as a surprise if Almeyda is still able to call on the 22-year-old in 2015 with interest within Argentina and abroad mounting.

Another season in midtable obscurity for Belgrano with little to either cheer or jeer. Ricardo Zielinski’s side were only consistent in their inconsistency as they lost one game more than they won and scored and conceded an equal amount of goals. The Torneo Transición ended on a high with wins over Arsenal and a thumping 4-0 win over Independiente, avenging their defeat in the last 32 of the Copa Argentina.

Ultimately Boca’s season came down to the Copa Sudamericana and so defeat to fierce rivals, River Plate could be viewed as failure. However, there were signs of revival in La Bombonera which perhaps yields a fresh optimism ahead of next season. The start of the season under Carlos Bianchi was a dark time as life after Juan Román Riquelme produced some of the worst football the legions of Boca fans would have seen in many a year. Under the younger, Rodolfo Arruabarrena, Los Xeneizes looked a different proposition and as he incoporated some of the new signings Boca improved drastically. The likes of César Meli, Gonzalo Castellani, Jonathan Calleri and Andrés Chávez have all now attracted admiring glances and if Boca can retain them all ahead of 2015 and add a couple of decent additions then Boca might just be in for a more competitive campaign.

After losing manager Diego Cocca before the championship had even begun the tone was set for Defensa y Justicia and as expected the Torneo Transición was a struggle. El Halcón found goals hard to come by but three home wins, particularly the victory over Newell’s gave the locals something to cheer. The Torneo Transición gave Defensa a free go at the Primera and now with the additional ten sides things get far more important. The newly promoted sides will be direct competition and in 2015 an improved home record and wins over these rivals will be important to avoid a real relegation tussle.

Not a bad campaign for Estudiantes as they finished a respectable sixth as well as reaching the Copa Argentina semi final and the Copa Sudamericana quarters. Defeat to River in the international competition was perhaps expected but the penalty loss to Huracán in the Copa Argentina was a bitter pill to swallow. In the Torneo Transición, it was in front of a goal that Los Pinchas struggled as Guido Carrillo did not find the net as regularly as expected. They will now need to deal with the loss of young, Joaquín Correa, who sealed a big money move to Sampdoria but with club legend, Juan Sebastián Verón being named President midway through the campaign surely good times will return to La Plata.

Pedro Troglio’s side should be commended for their resolute defence but Gimnasia were definitely not the most entertaining side to watch. Despite finishing down in fourteenth, El Lobo had the second best defence in the Primera which tells you all you need to do about their ability to score goals. They met city rivals, Estudiantes three times and all three matches were utterly dreadful. The Torneo Transición match was goalless and the two legs for the Copa Sudamericana were almost equally poor but it was Estudiantes who edged it with a one-goal win in the second leg.

A truly remarkable season for Godoy Cruz, and while their results were always in doubt, goals were guaranteed. Only River Plate scored more but with a defence that shipped a whopping 39 goals, including a run of nine matches in which they conceded two or more. This worst defence in the league was the reason for their lowly finish and if only some kind of balance could be achieved they might have a slightly stronger 2015.

Seeing their title challenge dwindle in the last two rounds was a disappointment but it is difficult to see the Torneo Transición as anything other than a success for Independiente. First season back in the top flight to even be up challenging is an achievement and it provides Jorge Almirón with a decent platform to build ahead of 2015. Victory in the clásico de Avellaneda was the obvious highlight in spite of rivals, Racing going on to capture the title. Almirón will perhaps need to replace influential midfielder, Federico Mancuello but even if the 25-year-old stays, the burden will need to be lifted and another source of goals must be found.

Once more, Lanús went close but failed to do enough to capture the title as a poor end to the Torneo cost them dearly. The losses of defenders, Paolo Goltz and Carlos Izquierdoz before the season were felt keenly and as a result Guillermo Barros Schelotto’s side did not have the same stability that they had previously. Silvio Romero’s eleven goals ensured that they remained a threat but ultimately it was a season of disappointment. As it was at the start of 2014, influential players have already been sold to México and so Lanús will need to replace Agustín Marchesín and Diego González. 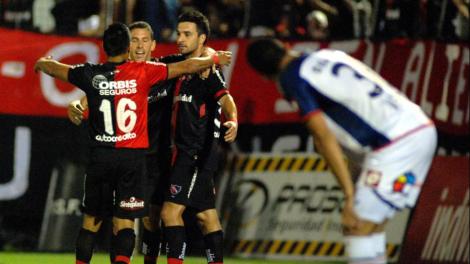 Given the recent successes of Newell’s it is difficult to look upon this season as positive. The resigning of Ignacio Scocco was a failure and the over reliance on Maxi Rodríguez was all too apparent and as a result there has been a change of management in Rosario once again. Injuries hindered their progress and with Scocco not finding the net it was a struggle for La Lepra. Defeat to city rivals, Rosario Central again in the clásico was undoubtedly the low point and the recent derby slump must be reversed in 2015.

Olimpo had previously rested on their impressive record in Bahía Blanca but in the Torneo Transición that too eluded them. Three of their four wins did come at home but they were beaten an equal amount and the results will have to pick up next season.

Only two league victories tells you everything about how poor Quilmes were in the Torneo Transición. The third worst attack and the second worst defence, the statistics paint a sorry picture. The only excitement came as a result of hosting River Plate on the final day and perhaps having a say on the title race. Despite frustrating Gallardo’s title challengers, Quilmes ended the season with defeat once more.

There can really be no negatives when you have just won the title, even more so when you are Racing. When everyone was expecting them to stutter and ultimately fail, La Academia held their nerve and captured their first title since 2001. An incredible second half of the season made them worthy winners and now Diego Cocca has the difficult task of following it, with the added distraction of the Copa Libertadores in 2015.

For the majority of the campaign it was Marcelo Gallardo’s River who drew all of the plaudits and although they were ultimately pipped to the Torneo Transición title by Racing, it was still a successful start for the returning club legend. In the first half of the league, River appeared untouchable as Gallardo managed to take Ramón Díaz’s title winners and improve them both stylistically and competively. The injury to young Matías Kranevitter perhaps destabilised the midfield balance and the small, youthful squad was just unable to fight both the league and Copa Sudamericana simultaneously. As Racing toppled River domestically, Gallardo brought a first international trophy back to the Monumental in 17 years, defeating Boca Juniors en route. The best attack and the best defence in the Torneo Transición did not yield a historic double but River look in good shape ahead of 2015.

Largely disappointing from Central as they were punished all too often for their sloppy defending. Two clean sheets to speak of over the course of the campaign and most importantly one of those came in the clásico, as Central notched up a fourth straight win against rivals, Newell’s. 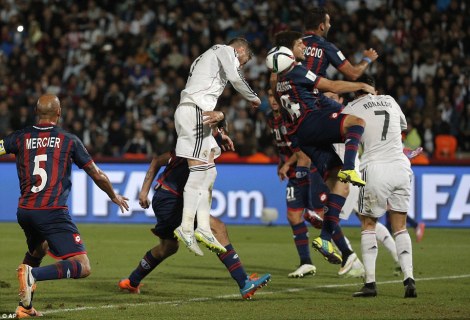 Off the back of winning the Copa Libertadores San Lorenzo could be excused for taking their collective eye off the Torneo Transición. That would certainly explain the significant drop off from El Ciclón, in spite of the loss of several key players from the previous tournament. The last few months were gearing up to the Club World Cup and the supporters enjoyed their trip to Morocco where they were eventually undone by Real Madrid. It was a good end to 2014 and with it now behind the club they can look forward to 2015, recapturing some of that earlier form and continuing the plans to move back to Boedo.

A seventh place finish is not bad going for Tigre who improved dramatically after replacing Fabián Alegre with Gustavo Alfaro, at least initially. A poor start barring the miraculous 4-0 thrashing of Racing, eventually saw the managerial change and with it came four straight wins. The remainder of the championship was inconsistent but Alfaro had Tigre looking a far more attractive side.

The fact that José Flores was relieved of his job in the aftermath of the season tells you all you need to know about how Vélez performed. Despite being the early pace setters and starting with four victories, the wheels fell off after defeat in La Bombonera and eight defeats followed in the remaining fifteen matches. Leading scorer, Lucas Pratto provided one of the few bright sparks but the striker has now departed for Brazil and his loss will be felt in 2015 unless he is adequately replaced.