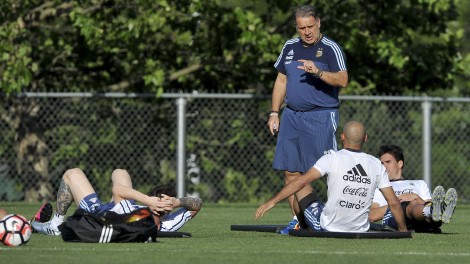 With the likes of Brazil and Uruguay already fallen by the wayside, Argentina will surely never have a better opportunity to end the 23-year wait for international honours and for Lionel Messi to finally get his hands on senior silverware for La Albicelete. Venezuela stand in their way in Saturday evening’s quarter final and Gerardo Martino, while wary of the threat, knows his side are overwhelming favourites.

The undoubted main attraction in the United States, Lionel Messi will make his first start of the competition in Foxborough and the Argentina captain echoed the sentiments that Venezuela are a side that should not be underestimated.

“We are aware there is no margin for error. Very tough matches are coming.

“Some think Venezuela are an easy opponent but they are not. We will not take anything for granted, we know what is at stake.

“If Venezuela have reached the quarter-finals it’s on merit. No one gave them anything. They are not better than Brazil, Uruguay and Paraguay, obviously, but if Venezuela are there they deserve it.” 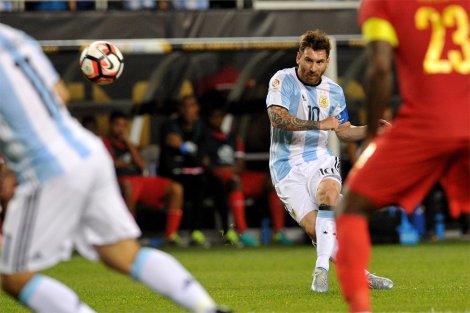 Progressing from Group C behind México, Venezuela dumped Uruguay out of the tournament but while La Celeste were without their talisman Luís Suárez, Argentina are just getting theirs back and from his cameos so far, he looks in frightening form.

The five-time Ballon d’Or winner missed the opening game victory over Chile but returned with a devastating 30-minute hat trick against Panama and got another 45 minutes under his belt when Argentina downed Bolivia.

Gerardo Martino’s eased through the group stage with three wins from three without ever really moving out of second gear and with Messi now back in the starting eleven, there is a sense and a hope that La Albiceleste will shift up a couple of notches.

Messi certainly thinks so, “As we move forward, we’re going to grow.

“We are doing well in all aspects. We have already been working together for a while and have got to know the coaching staff, and they us. From the beginning until now, we have grown a lot,” the Barcelona star told Olé.

After rotating the side significantly for the final group game against Bolivia, Gerardo Martino will name close to what is his first choice starting eleven, with the injury to Ángel Di María in the only really noticeable absentee.

Nicolás Otamendi is expected to be fit despite missing training this week with pharyngitis, Augusto Fernández will get the nod ahead of Lucas Biglia in the shielding role in front of the back four, Nicolás Gaitán is preferred to Érik Lamela or Ezequiel Lavezzi and Gonzalo Higuaín continues at the expense of Sergio Agüero as the side’s number nine.