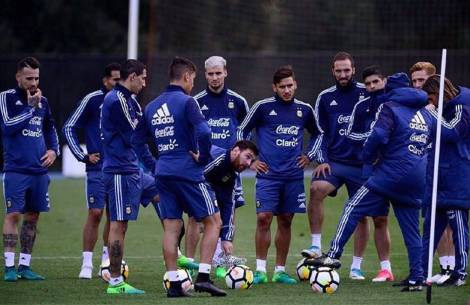 A coaching change can make all the difference and Argentina will be hoping that Friday will mark the beginning of a resurgence under new boss Jorge Sampaoli, just as Brazil experienced when appointing Tite in 2016.

The contrast between the two nations and their managerial choices couldn’t have been starker as Tite and Edgardo Bauza took over their respective nations in the same period and while the Brazilians have won all nine matches under the 56-year-old to book a place at the World Cup, Argentina have floundered.

Edgardo Bauza won only three of his eight World Cup qualifiers and the result has left La Albiceleste in fifth, needing positive results from the remaining four fixtures.

This failure, in combination with a dull brand of football and a change at the top of the Argentine Football Association (AFA) has prompted a major change for the national team and after months of speculation Jorge Sampaoli took over as coach and salvation.

On Friday in Melbourne, the Copa América winning coach begins work and with the friendly against Brazil and Tuesday’s against Singapore, Sampaoli will get a clearer idea of what he plans for the all-important World Cup qualfifier against Uruguay at the end of August.

Such has been Argentina’s form, public demand has at times been to completely overhaul the squad but Sampaoli has sensibly taken a more measured approach in what are critical times.

“I believe that generational change has to be taken in stages. It’s a slow process, it’s an analytical process, which we just don’t have time to go through right now because we’re facing the qualifiers for the World Cup.

“The goal is for Argentina to qualify for the World Cup and the reality is that we haven’t yet… we need to think about the present now.” 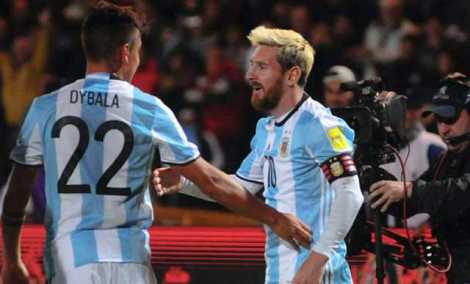 And so while there are plenty of familiar faces in the squad, Sampaoli introduced enough fresh blood to inject optimism back into the national team.

Bauza’s often static 6-0-4 formation appears to have been replaced immediately with a far more dynamic 3-3-3-1 and for only the second time, Argentina supporters will be Lionel Messi start with Paulo Dybala.

Injury and suspension have denied the pairing too often and the only previous start together saw Dybala sent off before half time in a 1-0 win over Uruguay.

“Messi and Dybala are very good players of their own accord and these type of games, these friendly games give us an opportunity to test that compatibility and know whether they can work together and how effective that synergy will be… I believe they will be able to give the team a higher ranking worldwide.”

Getting more players around Messi in the opponent’s half is something that Sampaoli has made clear:  “I believe that Messi has been playing collectively in Barcelona as part of team and that’s the type of synergy we want to create within the Argentinian team. So we don’t want him playing in an isolated manner, we want him to play collectively and that’s what we’re going to try and push for the team to play collectively with Messi to get the best out of him.”

This will see Messi line-up alongside Dybala, Angel Di María and Gonzalo Higuaín with Ever Banega starting in a slightly deeper position than he would under Bauza to add even more creativity and link-up. 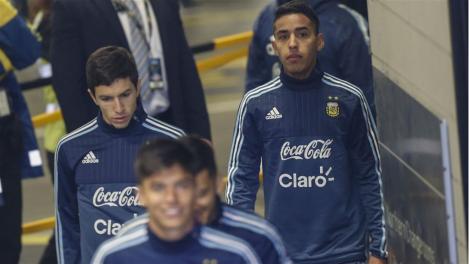 What will be of interest is Sampaoli’s three-man defence, likely to be Gabriel Mercado, Jonatan Maidana and Nicolás Otamendi. Lanús’ pacy full-back José Luis Gómez looks to get the nod on the right of the midfield three just in front, ahead of Eduardo Salvio, presumably because of his defensive workrate.

With Sampaoli’s side pressing high up the pitch, Tite will undoubtedly look at this experimental Argentina side and fancy his chances of countering in those channels and exposing Otamendi’s lack of pace.

Brazil are without Neymar, Roberto Firmino, Dani Alves, Marcelo and Marquinhos but still have plenty to trouble Argentina and given it’s Sampaoli’s debut and Brazil have several players eager to impress, rarely do international friendlies get so interesting.