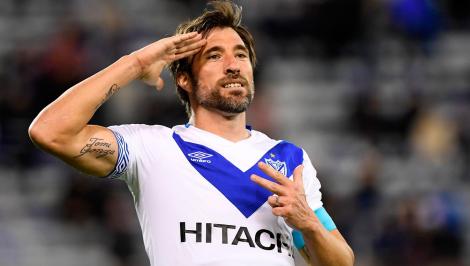 Team of the week returns with fifteen matches to choose from so here are the eleven that impressed from round twenty-eight along with our Player of the round and pick of the goals. All stats come courtesy of WhoScored.com, who also provide previews and live in-play match stats for all Primera matches. Feel free to disagree and leave a comment suggesting who you thought should have made it…

Atlético may already have been relegated but Lucas Hoyos’ fine performance and weekend high ten saves ensured Quilmes didn’t get the three points needed to avoid the drop themselves.

Independiente were far from their best in Sunday’s 1-1 draw with Olimpo but Fabricio Bustos continues to impress and the 21-year-old produced another marauding display at right-back which deserved more.

A former Argentina under-20 international Mauricio Romero may now be entering the final stages of his career but it didn’t prevent the 34-year-old being the match winner for Gimnasia against Talleres. The only goal of the game and important defensive work, Romero was vital. 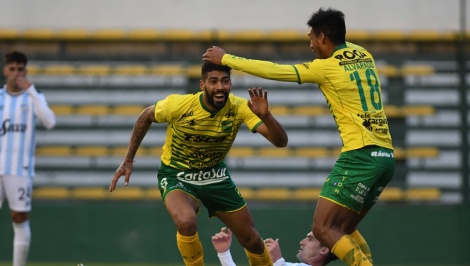 A fifth league goal of the season for Alexander Barboza put Defensa y Justicia on their way to victory over Atlético Tucumán but the overall contribution of the centre-back cannot be understated. The 22-year-old will be returning to River Plate and while his future is unclear, the impressive defender appears to have outgrown El Halcón.

Jonathan Silva has not quite lived up to his potential yet but the 22-year-old has worked his way back into the Boca starting line-up ahead of Frank Fabra. The youngster was excellent in Sunday’s win over Aldosivi and scored an excellent goal to seal the points.

Fernando Gago got himself a rare goal from the penalty spot in the win over Aldosivi but it was the classy veteran’s passing that really caught the eye. By far and away the most active player on the pitch, Gago made six key passes and was constantly a threat looking for the runs of Pavón and Centurión ahead.

Huracán desperately needed a win and thanks to Alejandro Romero Gamarra’s strong finish, El Globo got just that to ease any relegation fears. The 22-year-old is yet to show his quality with any real consistency but has been an important player for Huracán in recent times. 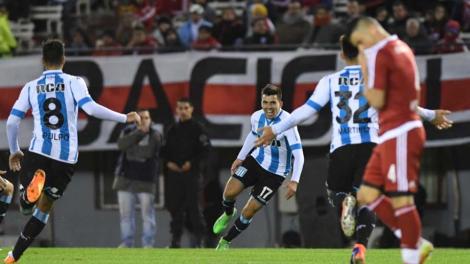 Augusto Batalla’s ill-judged attempt to come for the ball may have made Marcos Acuña’s task easier but the Argentina international still had plenty to do when adding Racing’s third in the Monumental. El Huevo was a constant thorn in the side of River and a goal and an assist were his reward.

Another off the Vélez academy production line, Nicolás Delgadillo has already been linked with moves away from Liniers and on Sunday provided some justification for that. The 19-year-old took his goal superbly but also notched an assist in the 5-1 thrashing of Sarmiento.

Two wonderfully taken goals sealed victory for Defensa y Justicia and although Nicolás Stefanelli has only scored seven this season, the 22-year-old is El Halcón’s leading scorer and is still an interesting player with potential.

Player of the round
Mariano Pavone  ||  Vélez Sarsfield

Vélez Sarsfield may well be relegated if it were not for the goals of Mariano Pavone, who even at 35 year of age proved he still knows where the goal is. El Tanque’s hat-trick laid the foundation for the emphatic win over Sarmiento and ahead of his contract renewal, the centre-forward is now just three away from 100 goals with the club.

Goal of the round