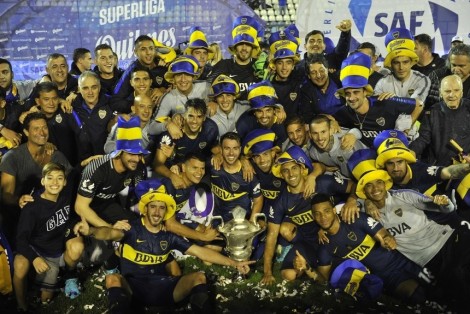 When Boca Juniors defeated River Plate in last November’s Superclásico, it was an eighth straight win for a perfect start to the season and the defending champions were already nine points clear at the top. The side that battled to a 2-2 draw against struggling Gimnasia on Wednesday night, was a shadow of that team but it was enough to lift the Superliga title nonetheless.

After (what will be after this weekend) 27 rounds of matches spread over nine months no one could deny that Boca are worthy champions but what had at one stage looked like being a canter would end up being something of a stumble over the finish line.

Injuries, loss of form and some suspect business in the transfer window all took their toll and while Pablo Pérez’s and Ramon Abila’s goals were enough for the point needed in La Plata, there are still questions to be asked of Argentina’s champions.