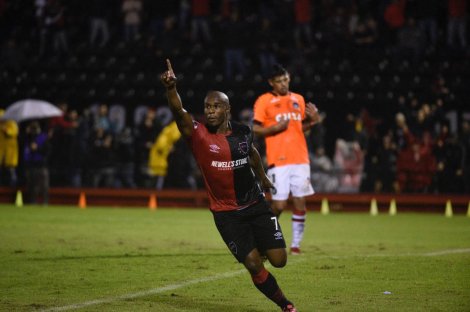 Suffering a 3-0 defeat in Curitiba was always likely to leave Newell’s Old Boys with too much to do in their Copa Sudamericana second leg against Atlético Paranaense and so it proved despite Luis Leal’s best efforts.

A woeful performance in April was deservedly punished but Newell’s were much improved back in Rosario and Leal dashed clear to pull a goal back shortly before half time.

When the Portuguese centre forward headed a second after 66 minutes there was a feeling that Newell’s could pull off the comeback but all hopes were dashed when the visitors scored five minutes from time.

4-2 on aggregate it is Atlético Paranaense in the draw for the second stage in this year’s Copa Sudamericana.