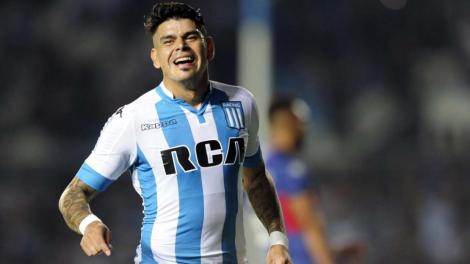 While the sight of Lautaro Martínez being presented by Inter this week may still have been raw for Racing Club supporters, the return of fan favourite Gustavo Bou has certainly eased any pain.

The 28-year-old striker has signed a one-year loan deal back at Racing after an agreement was struck with Liga MX club Xolos de Tijuana.

Bou only left Avellaneda for Mexico one year ago in exchange for around $6 million but with Racing still in the Copa Libertadores, the club were eager not to see their challenge derailed by the sale of Martínez and there were no better options than the powerful forward.

Something of a late bloomer, there would have been few excited when Racing first signed Bou on a free transfer in 2014 having bounced around on loan after failing to make an impression on the River Plate first team.

However, with a renewed sense of confidence and a dynamic strike partnership alongside Diego Milito, Bou fired Racing Club to their first league title in 13 years.

The title winning form proved to be no flash in the pan and in 2015, Bou hit back-to-back hat-tricks in Racing’s return to the Copa Libertadores. La Academia’s hopes of lifting the trophy ended at the quarter finals but Bou ended the tournament as the leading scorer with his reputation never greater.

His combination of pace, power and deadly finishing had established Bou as one of the Argentinian top flight’s most complete forwards and it was clear he was ready for a new challenge.

45 goals in 100 appearances for La Academia saw European clubs taking a closer look and perhaps only put off by the fact that Bou had made his mark on Argentine football relatively late it was Xolos who eventually won Bou’s signature.

Now while many would be wary of returns, ahead of a Copa Libertadores last 16 clash against River Plate and the start of a new Superliga season, Bou is the ideal striker to lead the attack for Eduardo Coudet.

Midfielder Diego González has gone the other way on loan, returning to Liga MX to join Xolos after previously playing for Santos Laguna and with Marcelo Meli also leaving the club, La Academia likely still have business to do in the window. 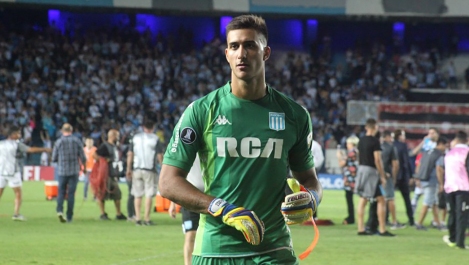 Talented young goalkeeper Juan Musso has joined Udinese for $4.5 million but Racing have been quick to sign his replacement with Gabriel Arias arriving from Chilean club Unión La Calera.

The 24-year-old, at the club since 2012, established himself as the number one last season and caught the eye with a series of excellent performances.

While $4.5 million may not seem like much, Racing have worked well in the window by signing Arias for $1.2 million.

The 30-year-old brings a great deal more experience than Musso while still in his goalkeeping prime and recently made his international debut for Chile, where he could well be considered number one if Claudio Bravo’s problems with the FA don’t clear up.

Arias had excelled with Defensa y Justicia before his brief spell in Chile with Unión La Calera and returning to Argentina with Racing, the Neuquén-native has a tremendous platform to showcase his talents.